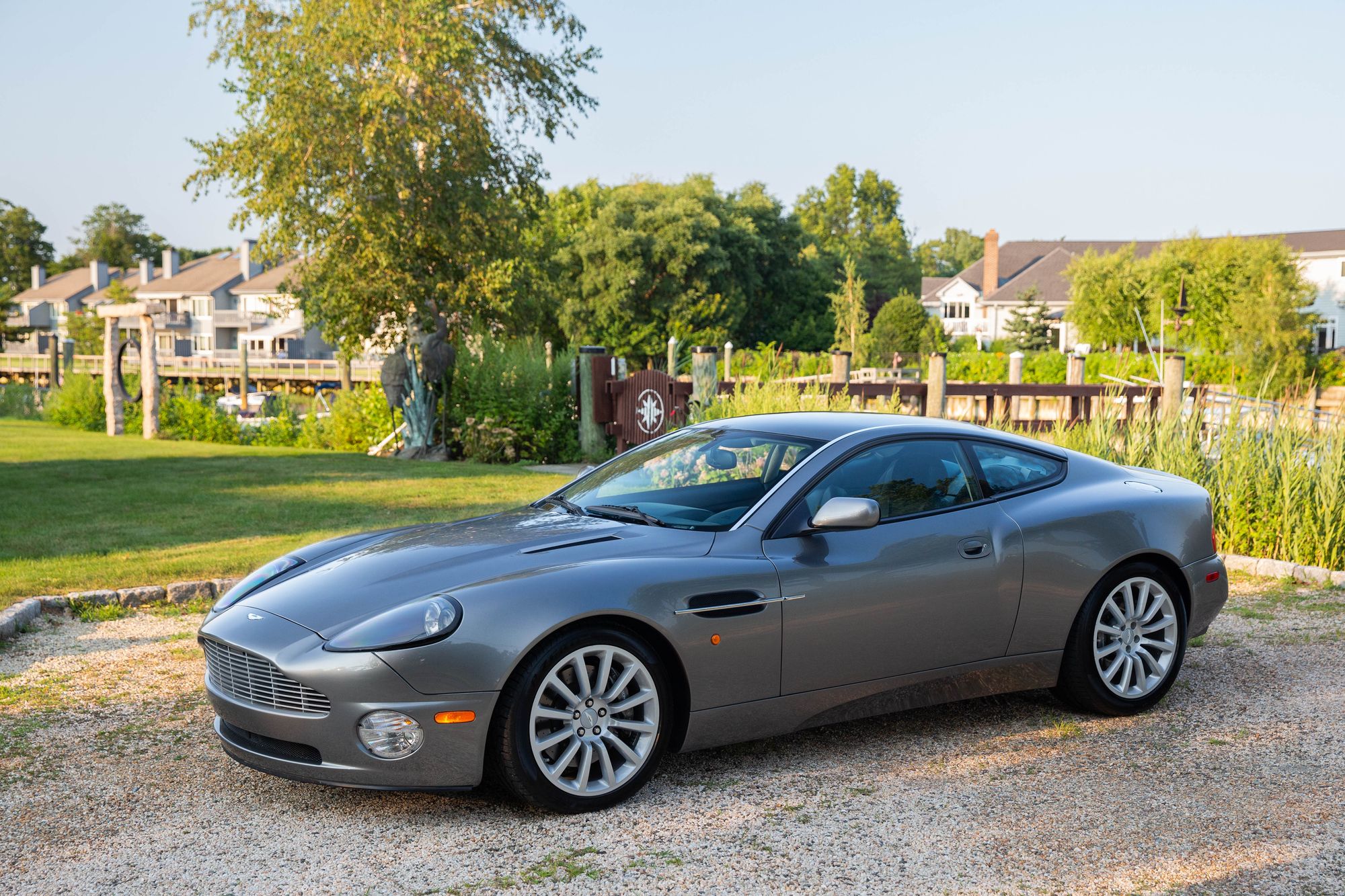 In 1998 renowned British automotive designer Ian Callum, the newly arrived head of design at Aston Martin, was tasked with designing a flagship Aston Martin that would usher the company into the new millenium. After Callum’s stints at Ford and TWR, where he designed the legendary Ford RS200 and Nissan R390 GT1, Aston Martin was familiar territory, as he aided in the design of the Aston Martin DB7, which was developed by TWR for Aston. Callum drew design inspiration for the new V12 Vanquish from Aston Martin’s rich heritage, with the DB4GT Zagato serving as Callum’s primary muse. Callum’s finished product was achingly beautiful, and released to critical and popular acclaim in 2001. The V12 Vanquish’s starring role in the 2002 Bond film Die Another Day cemented its place into the history books, and is lauded as one of the top ten most beautiful cars of all time by Autocar Magazine.

The V12 Vanquish’s excellence was not skin deep; Aston Martin’s engineering excellence was evident throughout. Underneath, the car featured a bonded aluminum composite chassis with a carbon fiber backbone developed in partnership with chassis magicians Lotus. All-new front and rear independent suspension complemented the supercar-spec chassis, and a highly evolved version of Aston Martin’s recently released 5.9L V12 provided supercar-level performance and a spine-tingling soundtrack. On its debut the Vanquish was exceptionally well received by the motoring press, being described by Road & Track magazine as, “the ultimate Grand Tourer”.

Accompanying the car will be an extensive collection of records from day one, which also includes a full photo album and documentation detailing the Aston Martin Works 6-Speed manual conversion and process. Oft-missing and highly sought after details like the multi-tool, umbrella, pen, tire gauge, and other accessories, such as all factory books and manuals, will also be included alongside all documentation.

With recent maintenance by Miller Motorcars, this V12 Vanquish is in exceptional condition throughout,, a turn-key example that is ready to enjoy on the open road. The timeless combination of a V12 in the front stirred by a six-speed manual, wrapped in a body that oozes style, this car’s irresistible charms will only continue to grow. 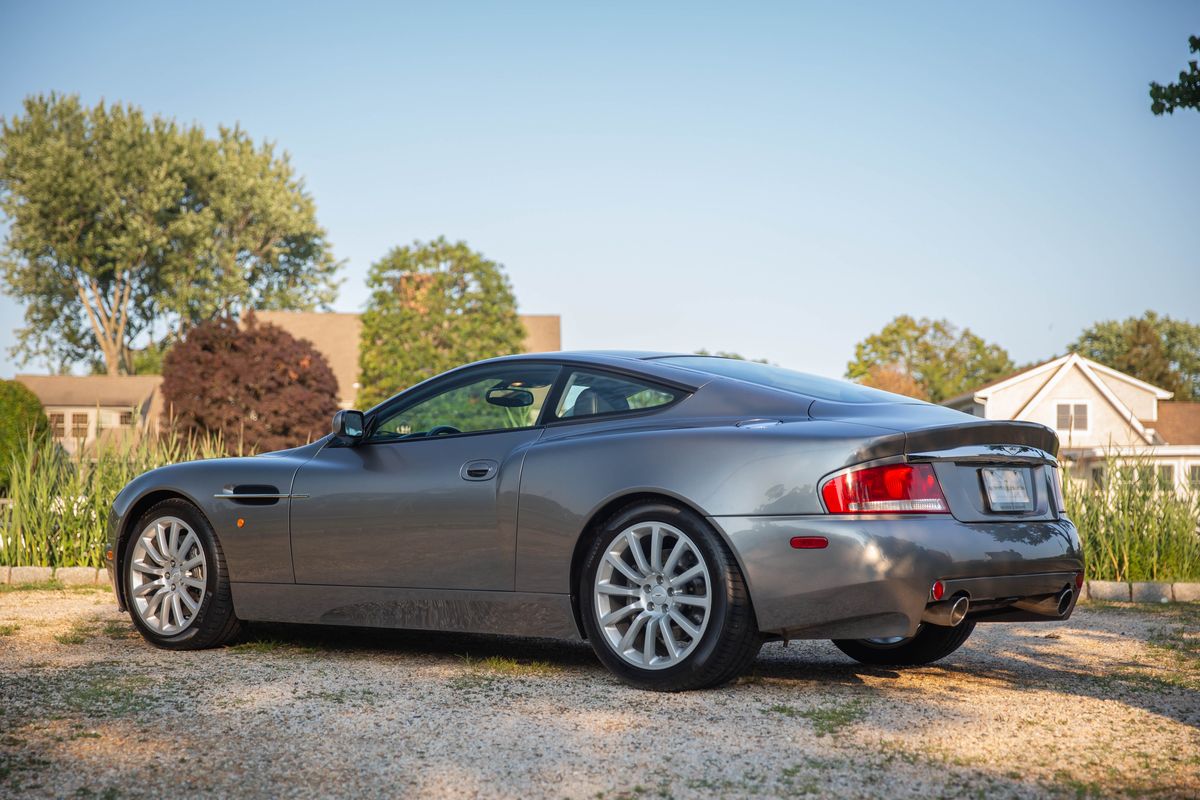 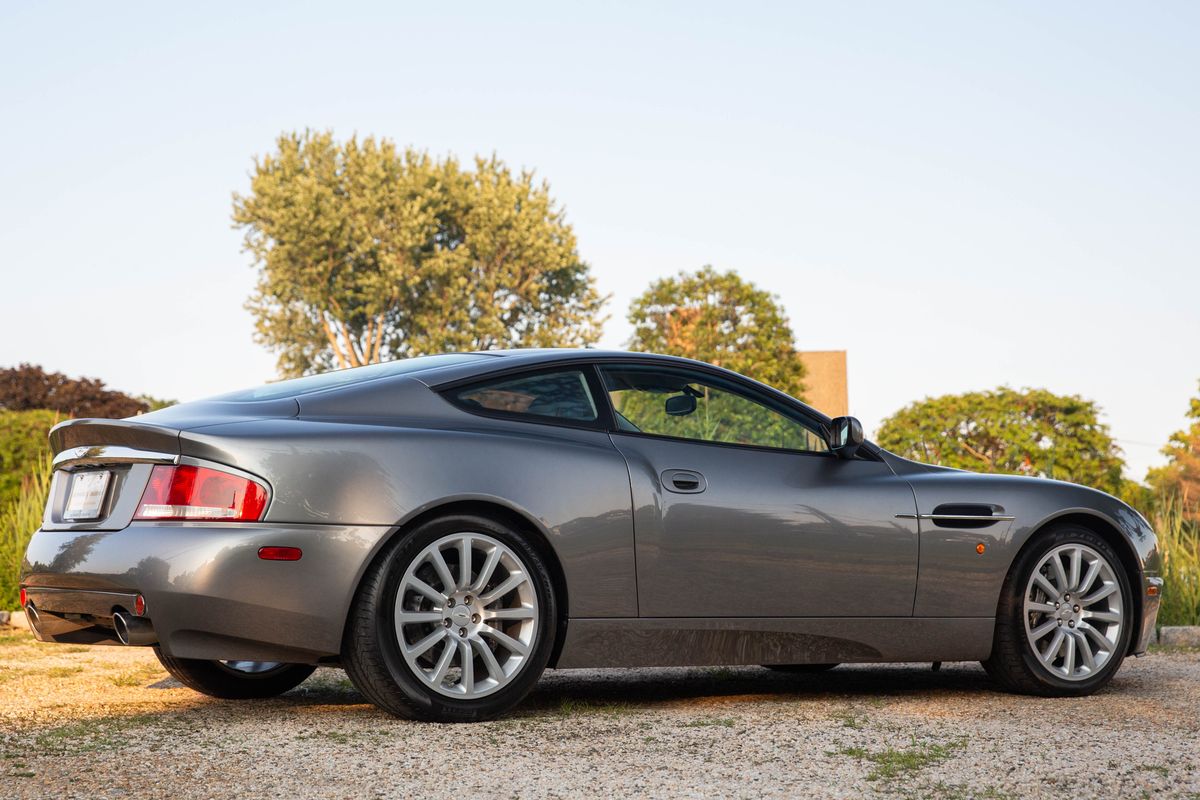 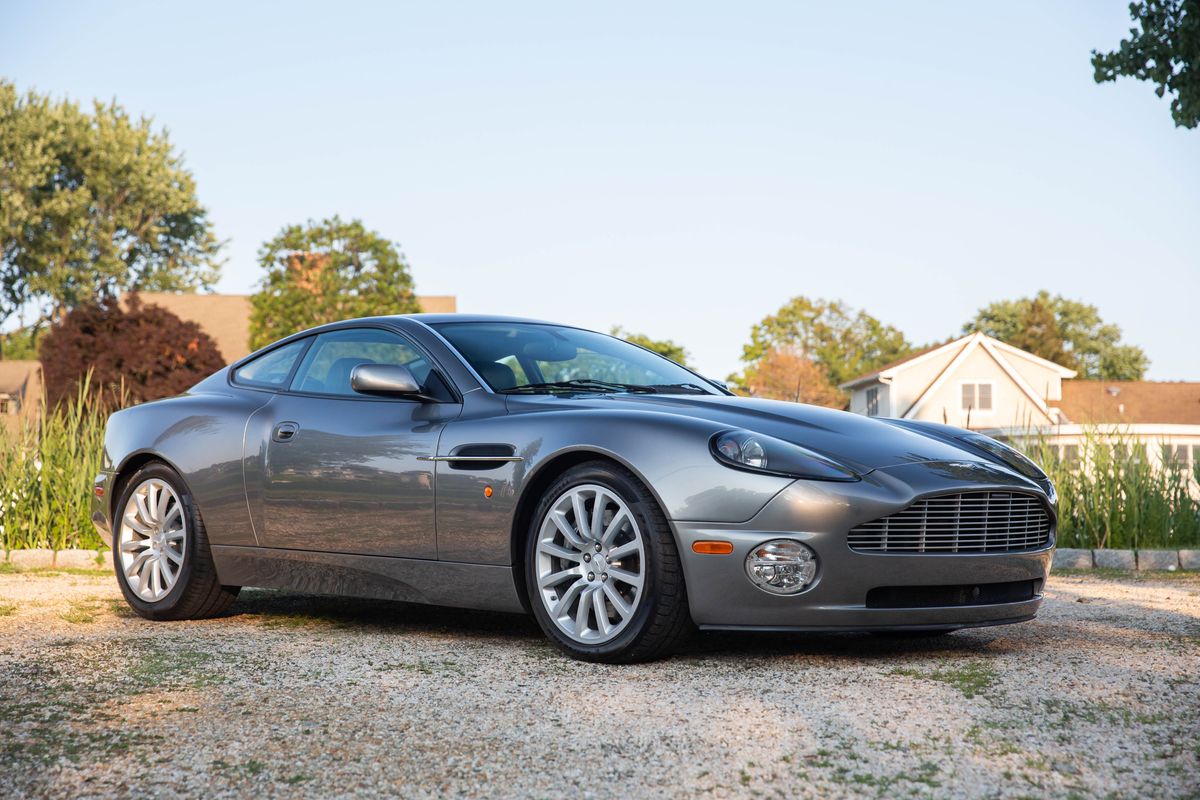 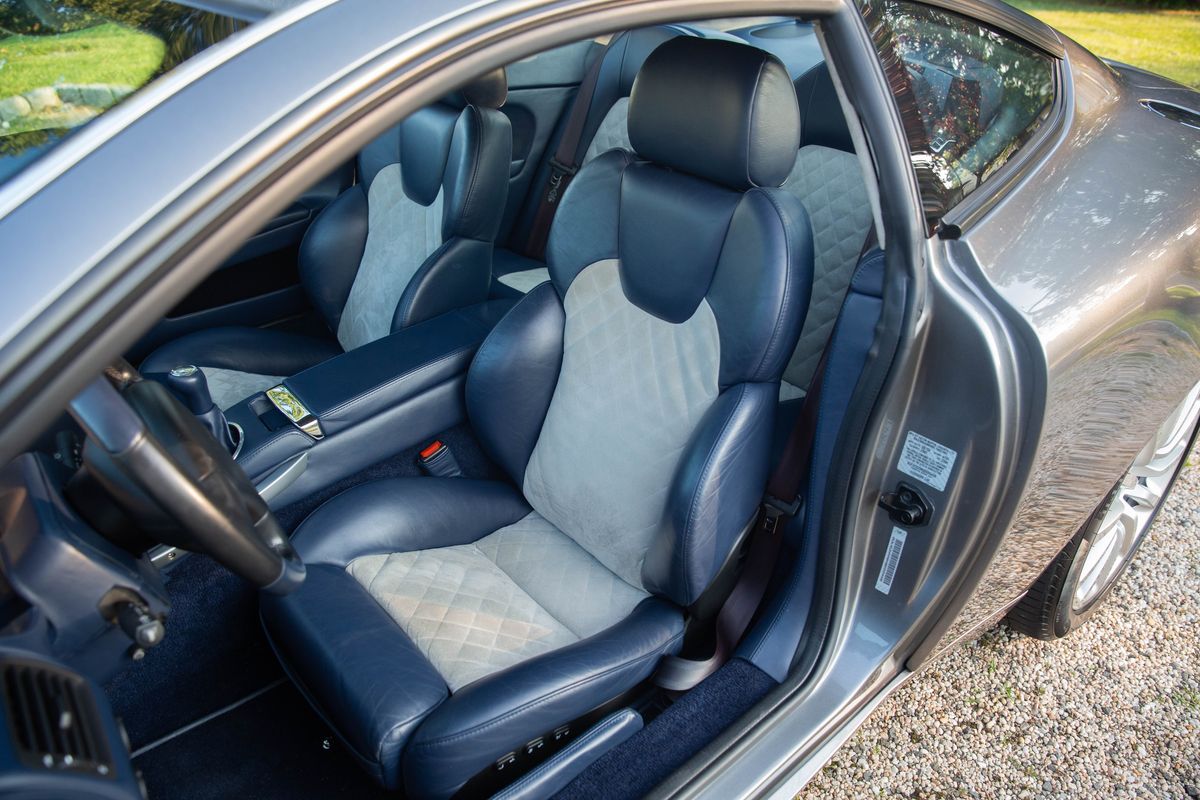 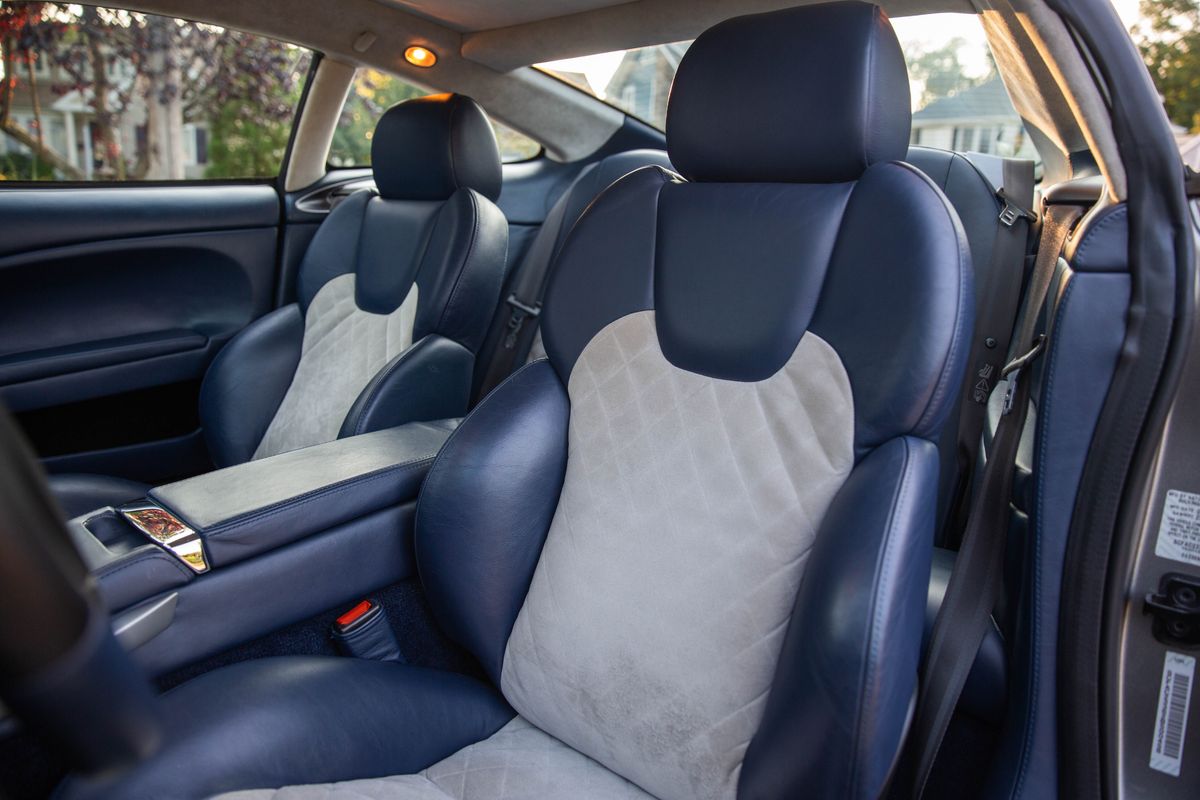 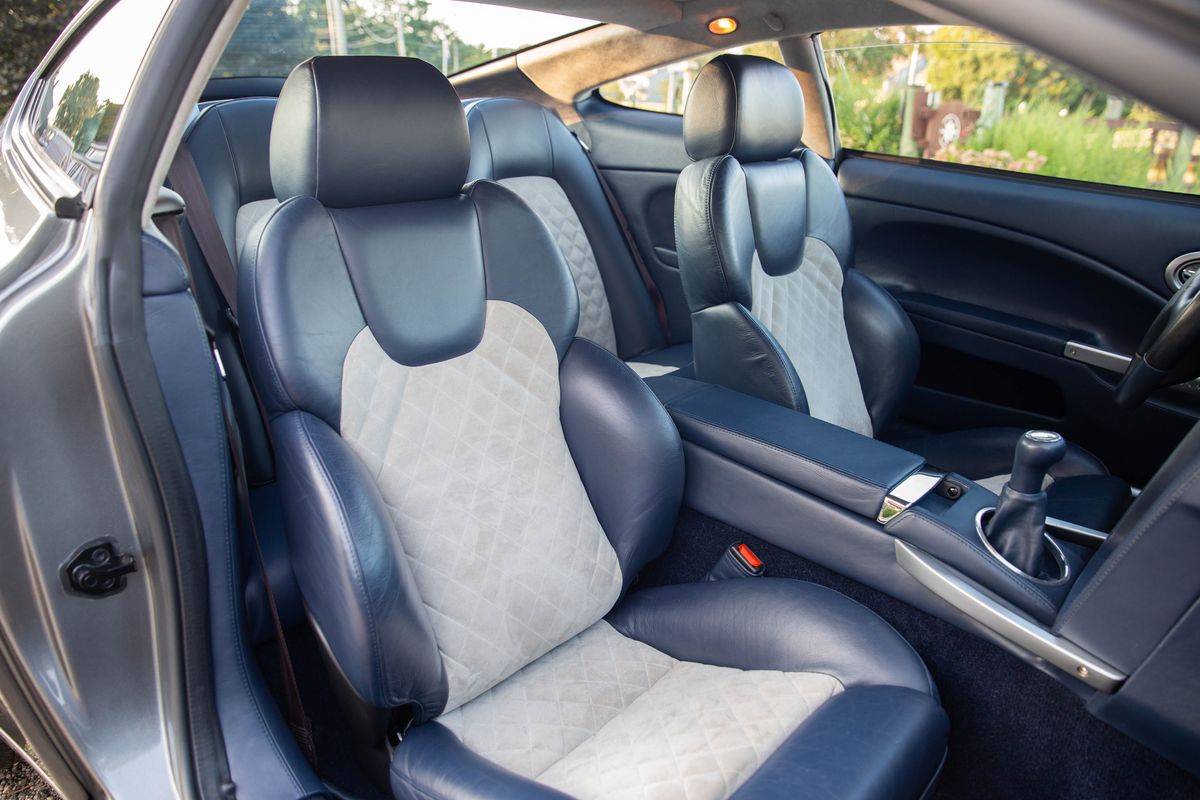 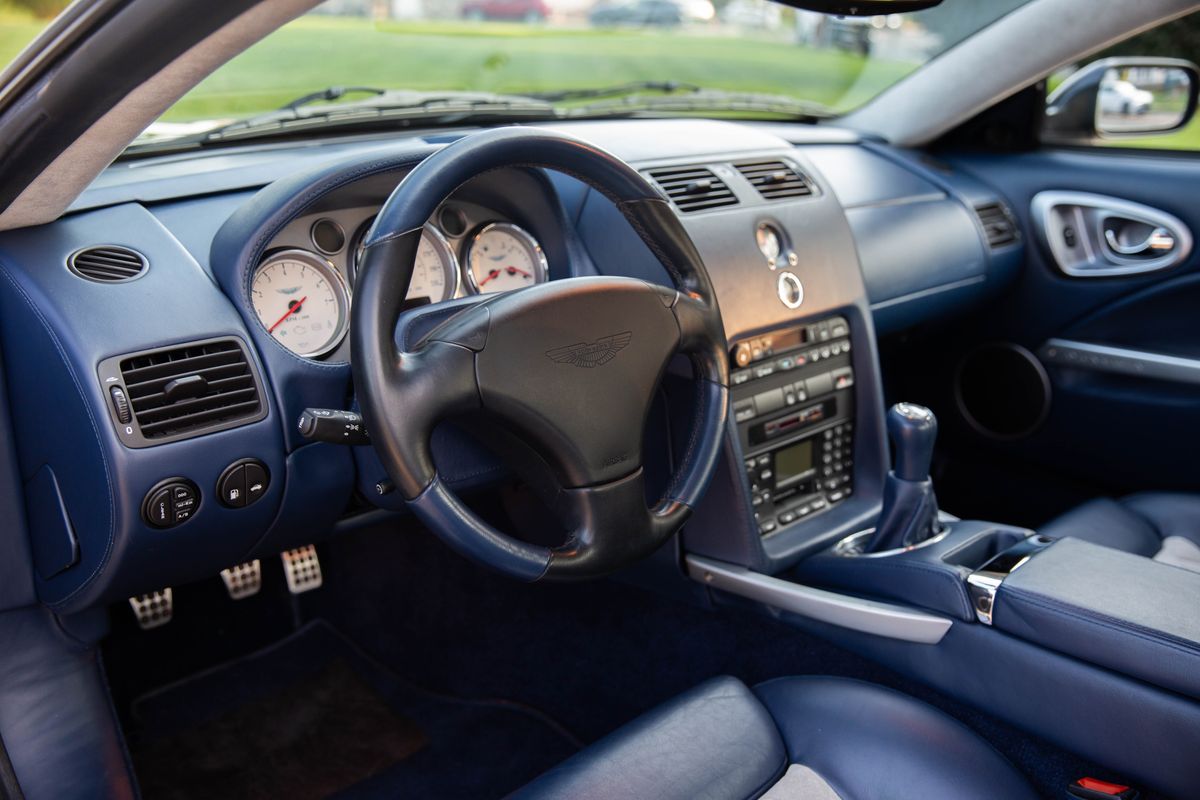 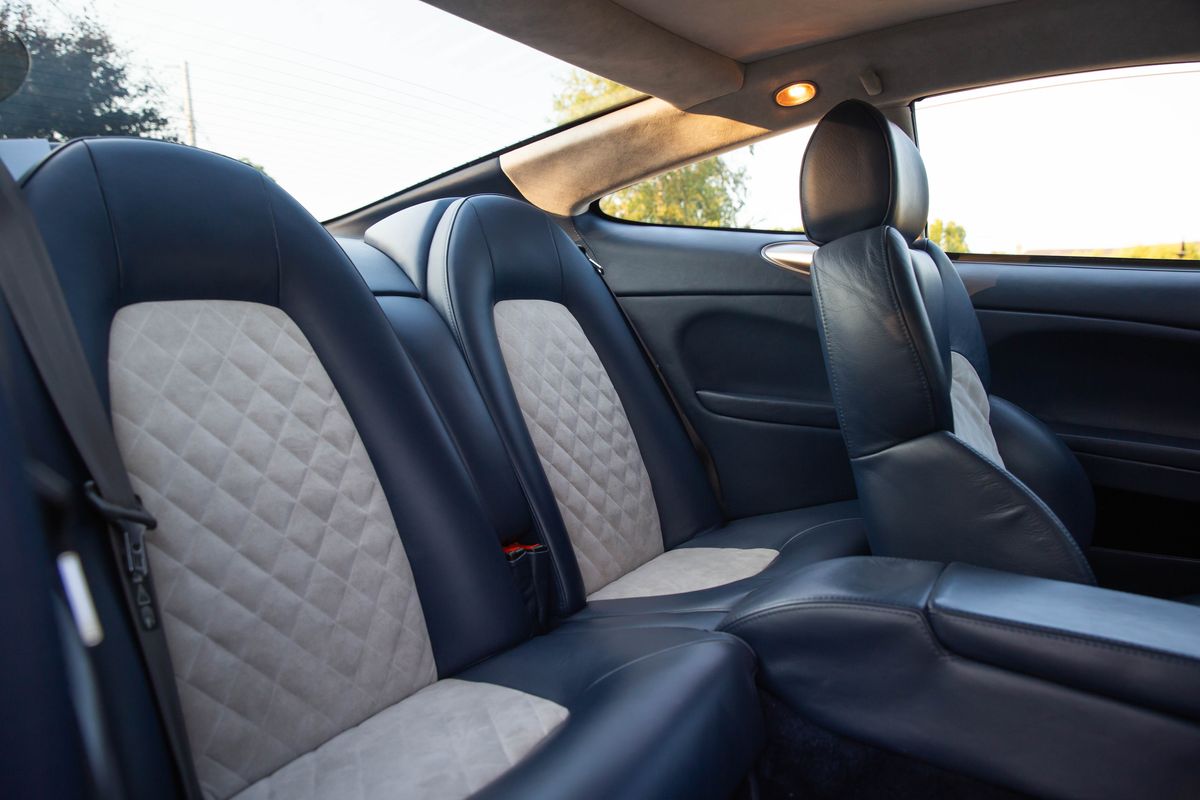 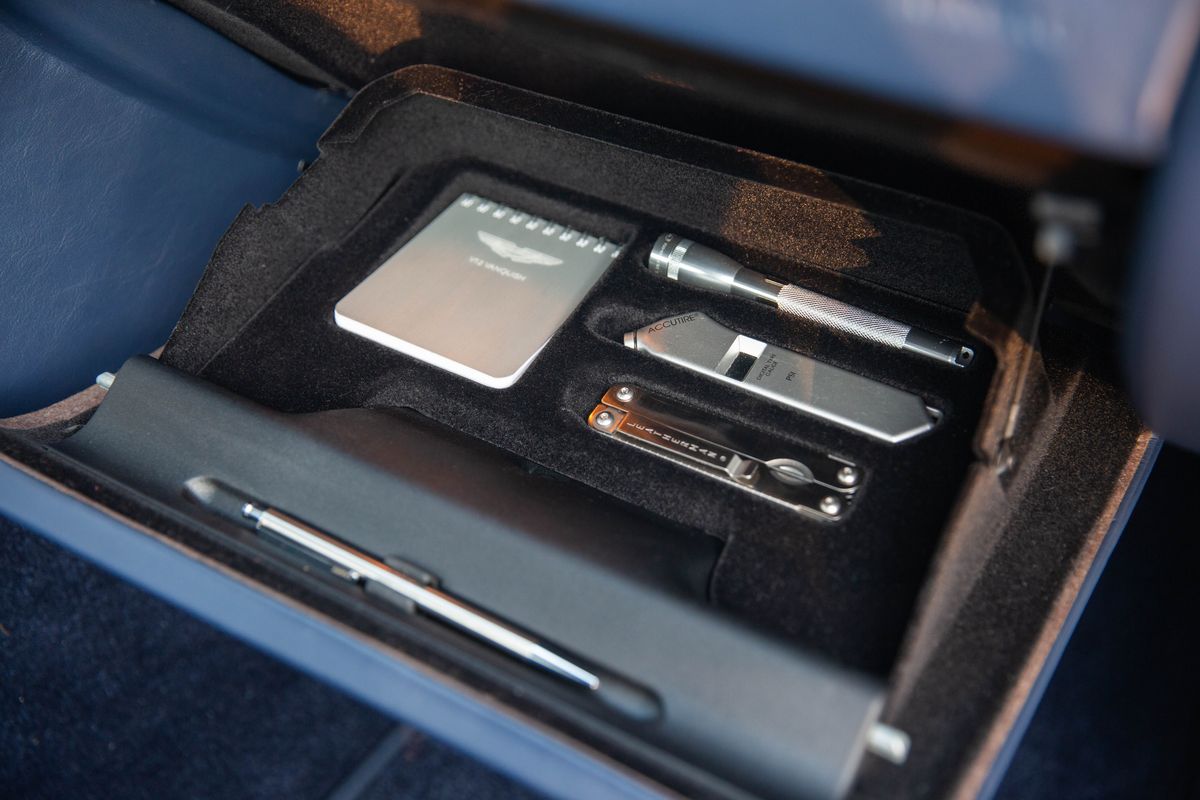 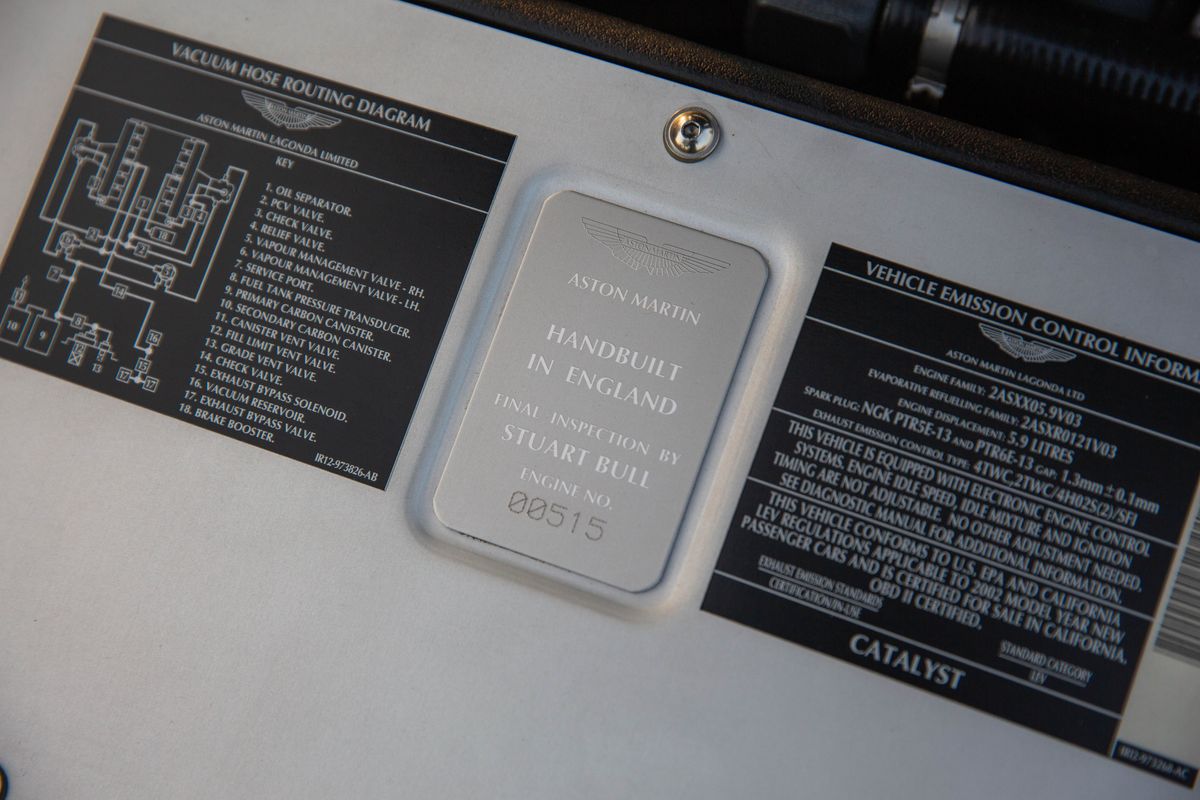 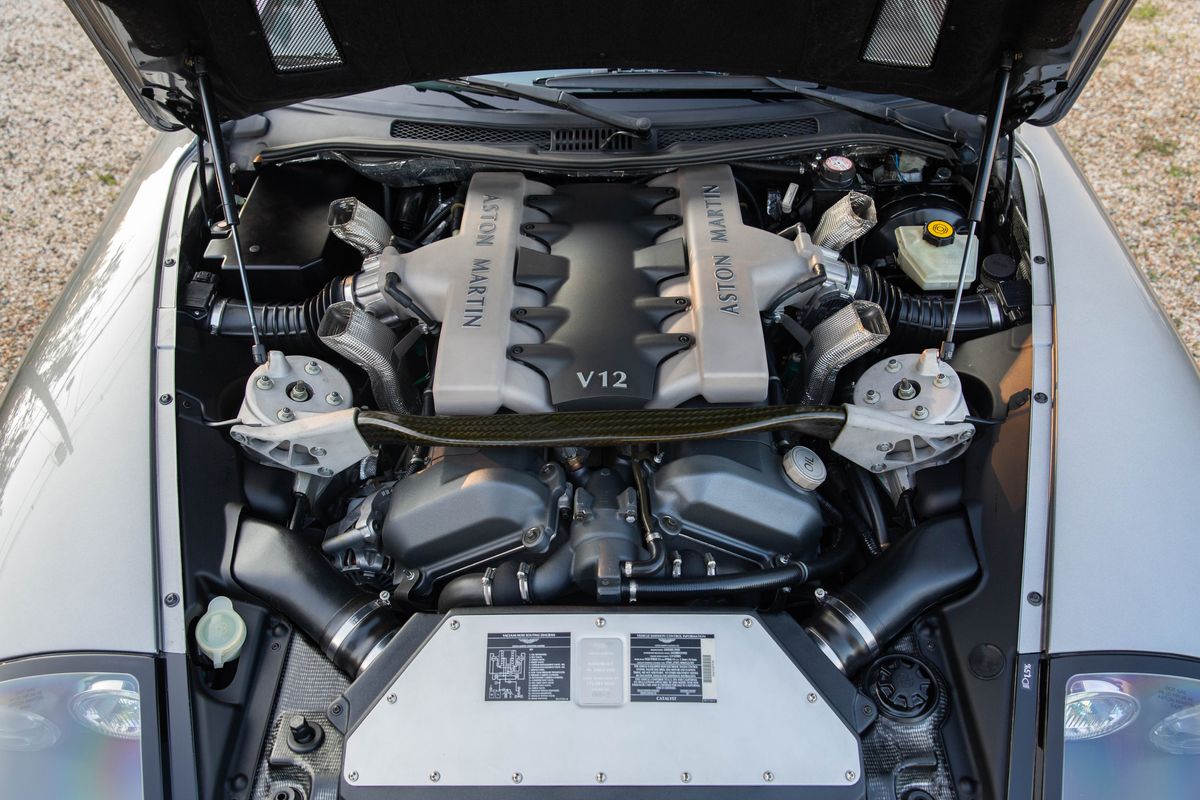