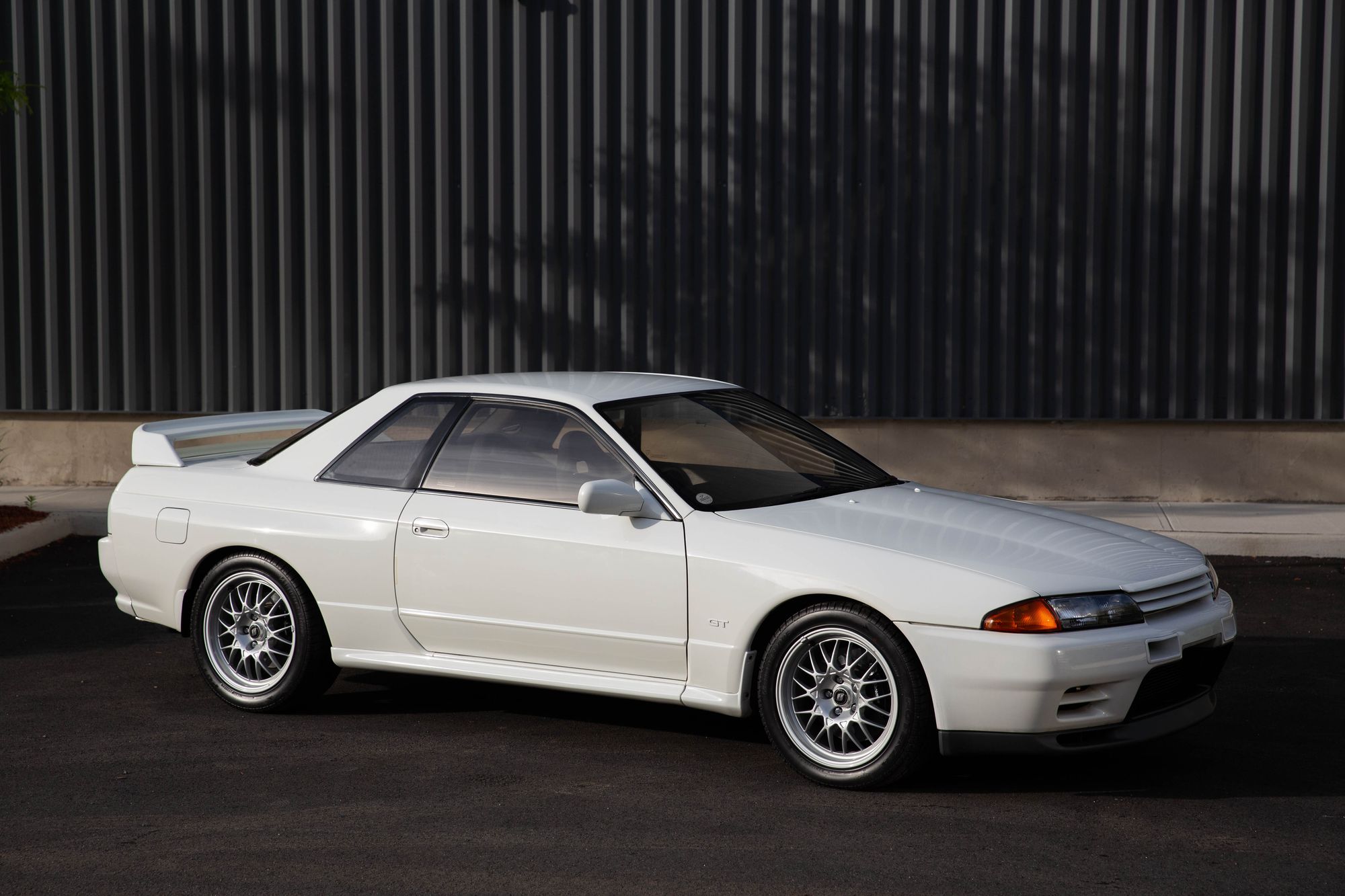 Since the Skyline GT-R’s debut in 1969, the model has been synonymous with motorsport success, earning it a defining place in the pantheon of motorsport history, as well as establishing it as a much-loved international automotive icon.

The first generation Skyline GT-R was initially available as a four-door sedan equipped with a 2.0L inline-six S20 engine which was rated at an astonishing 160HP, and put power to the ground via the rear wheels through a 5-speed manual transmission and limited slip rear differential. A few years later, in 1971, Nissan would offer the Skyline GT-R in a coupe body style, retaining the same underpinnings as its four-door sibling. After its release, the first generation Skyline GT-R received an affectionate nickname, “Hakosuka”, with the translation meaning “box skyline”, to which it is still commonly referred to to this day.

The Hakosuka would prove to be born with motorsport in its DNA, seeing considerable success in early Japanese touring car racing events with 49 consecutive race wins from 1968-1972, unknowingly setting the scene for future generations of GT-Rs. The Hakosuka would remain in production from 1969 through 1972 before being replaced in 1973 with the second generation Skyline GT-R, commonly referred to as the Kenmeri. The launch of the second generation Skyline GT-R unfortunately coincided with the start of the 1970’s oil crisis, which immediately saw a seismic reduction in the public’s demand for high-performance sports cars. In the one year production run, only 197 Kenmeri Skyline GT-Rs would leave the Nissan factory before the GT-R moniker would be shelved for the foreseeable future.

After a 16 year long hiatus, Nissan management dusted off the GT-R nameplate in 1989 as they had wanted to retire the Skyline GTS-R that had been competing with in Group A racing in favor of a more series-competitive vehicle. Designed from the ground up specifically for Group A racing, the third generation purpose-built Skyline GT-R, known as the R32 GT-R, would be a pure grade all-dominating motorsports weapon.

Nissan engineers started by utilizing turbochargers on the new GT-R and increasing bore to from 2.4L to 2.6L, which would place the car within Group A’s 4,500cc class for racing. Featuring a brand-new 2.6L straight-six engine boosted by twin turbochargers, the RB26DETT engine found in the GT-R would immediately prove to be the stuff of engineering legend producing 276HP in road cars, and pushing close to 600HP in the Group A race cars.

To deliver this lethal mountain of power to the ground, Nissan engineers developed a special motorsport-oriented AWD system from the foundation up, which would be referred to as the ATTESA E-TS, all the while knowing that Group A regulations called for the use of 10-inch-wide tires - a lethal combination. Despite the added weight of the complex AWD system, the GT-R’s final weight would end up near-equal to competing cars in-class making the GT-R a highly formidable competitor on track. With this powertrain recipe finalized, Nissan would begin production of the R32 GT-R in August of 1989, with Group A racing cars starting their freshman campaigns the following year in 1990.

As quickly as the 1990 season began, the R32 GT-R proved to be an immediate success and no match for the competition in Group A JTCC. The R32 GT-R would go on to win all 29 races it entered in the series, as well as taking the series title every year, from 1989 to 1993, rightfully earning it the nickname “Godzilla” as a play on its on track performance and country of origin. GT-R’s had also found their way into competition within the domestic N1 Super Taikyu racing series, where they were also no match for their competitors, and saw the GT-R take 50 races from 50 race starts since the series’ inception in 1991 through 1997 (inclusive of the R33). It was the R32 GT-R’s incredible all-dominating success that can be attributed to sounding the death knell of Group A racing across the world, with the formula being rewritten several times until being formally folded by the FIA at the conclusion of the 1993 season.

During the R32 GT-R road car’s production run from 1989 to 1994, Nissan created numerous offshoots to commemorate its motorsport roots, and the mountainous success it saw in racing. Today, the R32 GT-R and all of its sub-variants, are highly regarded in the automotive world and are the stuff of legend for many enthusiasts, and collectors, alike.

Introduced in February of 1990, the R32 GT-R Nismo edition was birthed for Nissan to homologate numerous changes to the car for Group A racing related to performance, aerodynamics, weight-savings and reliability. The 500 road going R32 GT-R Nismo cars featured revised front bumper aero, removal of the rear window wiper for weight savings, deletion of ABS to be Group A compliant, and uprated Garrett T04B turbochargers. A year later in 1991, Nissan released the R32 GT-R “N1” model designated for the Japanese domestic market N1 racing series. The GT-R N1 would build upon the Nismo variant, with its most notable change being the RB26DETT engine upgraded to N1 racing specification. Additional changes for the N1 cars included further weight savings inclusive of deletion of the air conditioning, sound system, and trunk carpet, as well as distinctive light-weight headlights being fitted. Production of the GT-R N1 cars would run from 1991 through 1994, with a scant total of 245 units seeing public consumption.

To celebrate the incredible success of the R32 GT-R in both Group A and Group N racing since its inception, Nissan would release to the public in 1993 the GT-R V-Spec, short for “Victory Specification.” Available in both “standard” and “N1” variations, all V-Spec cars would share the lightweight aluminum hood and front bumper from the Nismo version. Additionally, V-Spec cars also saw the inclusion of Brembo brakes for better stopping capabilities, as well as a retuned ATTESA E-TS system. 1994 would see the release of the V-Spec II, with the only change being a wider set of OEM Bridgestone tires. Of all V-Spec I and II cars produced, 127 total N1 variants left the Nissan factory, of which 64 were V-Spec N1 and the remaining 63 were V-Spec II N1, making these two homologation specials incredibly rare and highly sought after by enthusiasts and collectors alike. 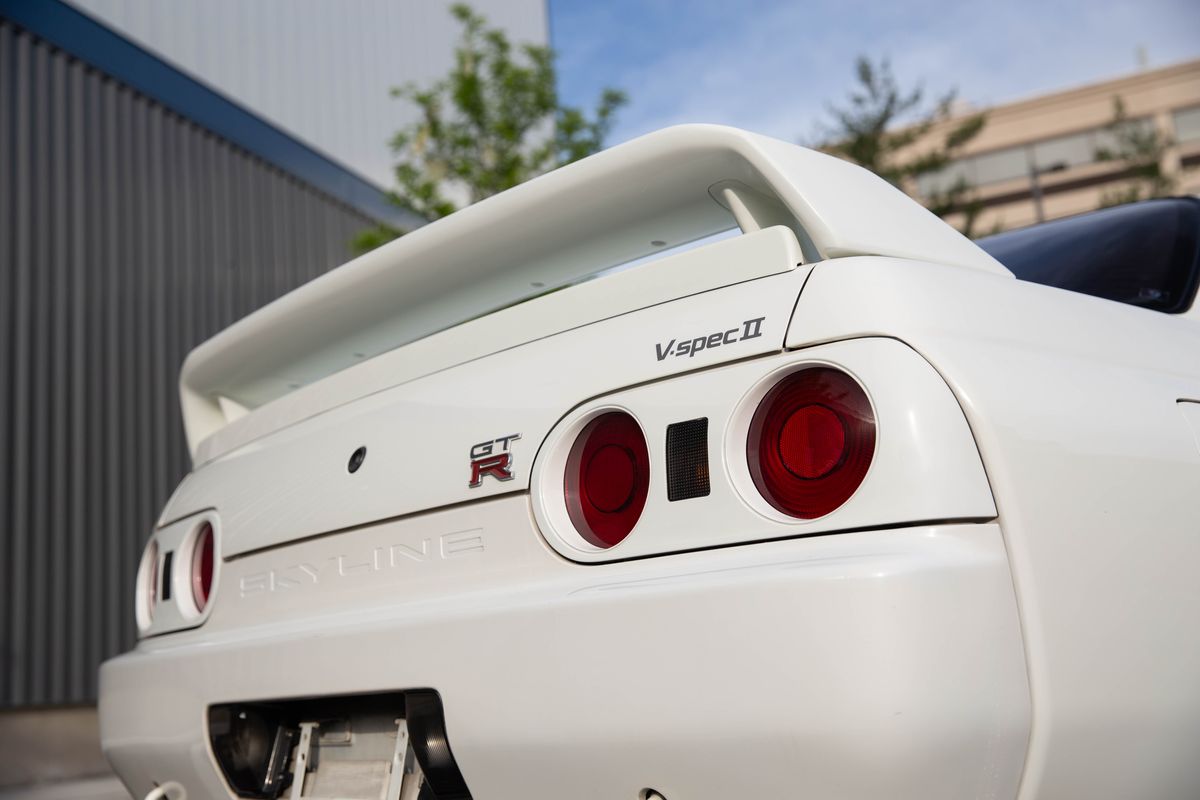 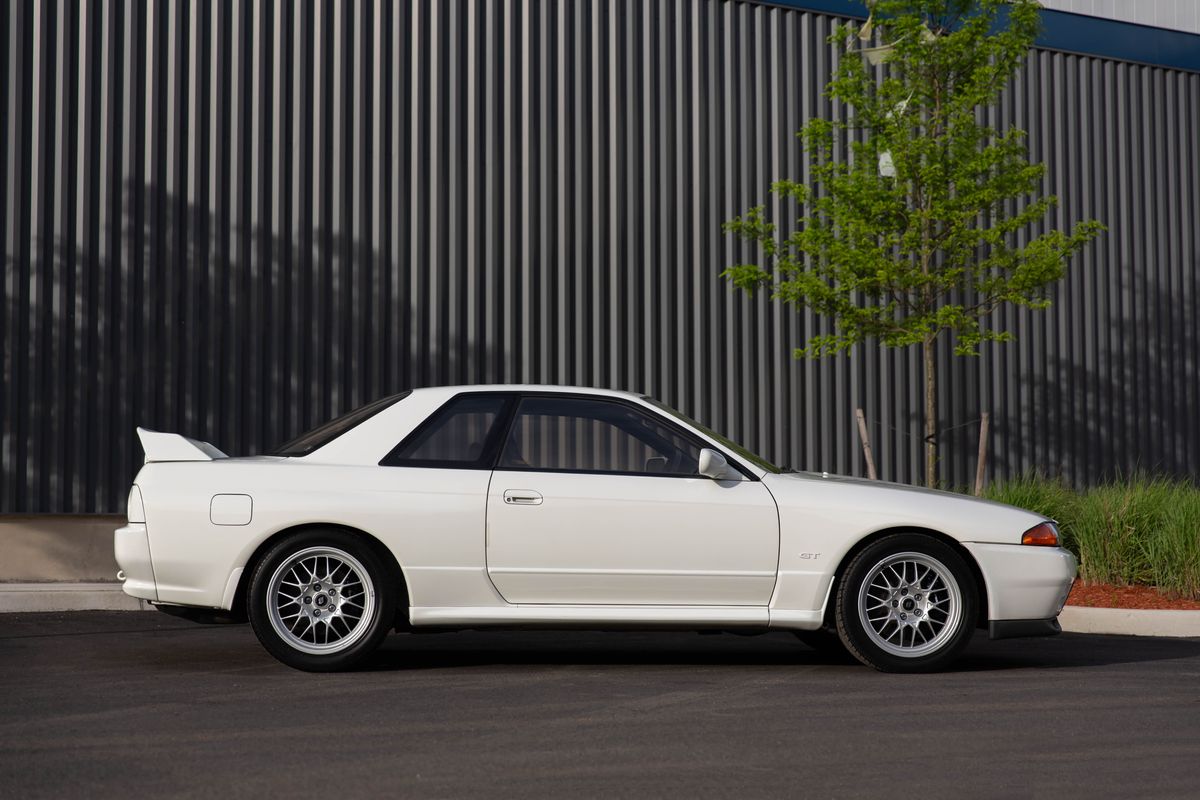 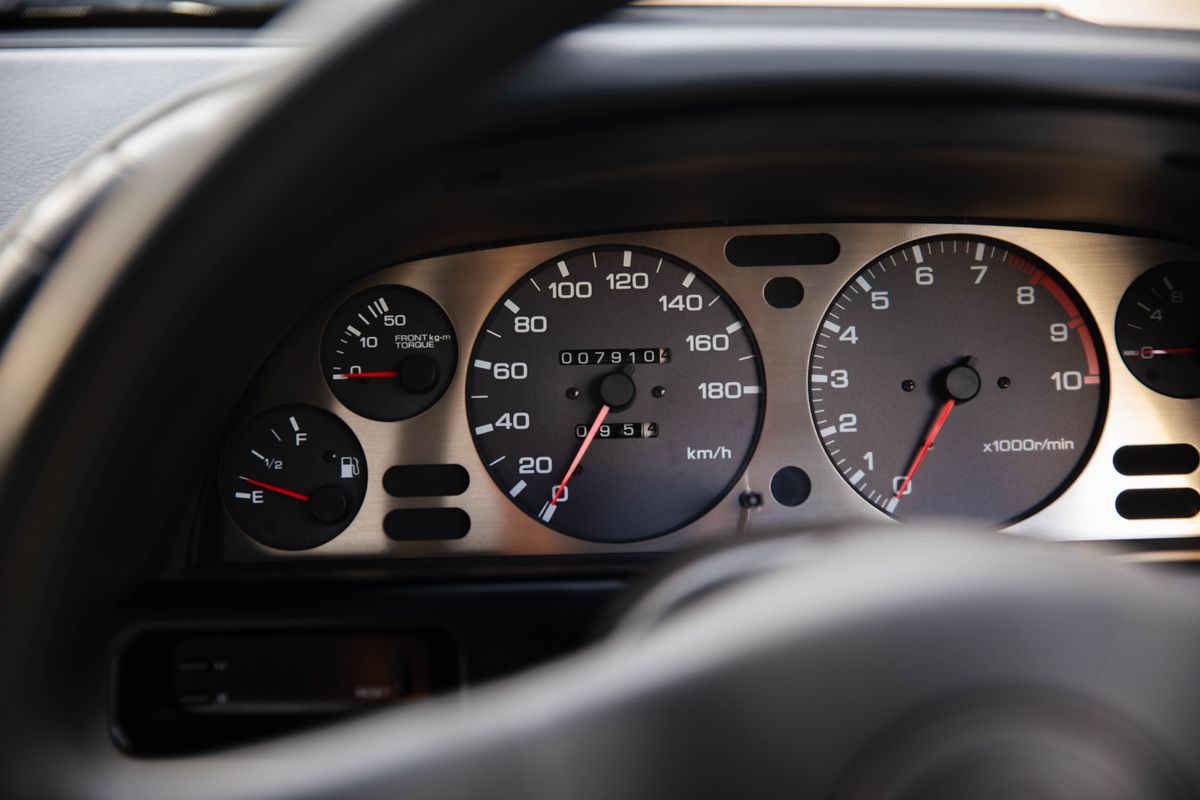 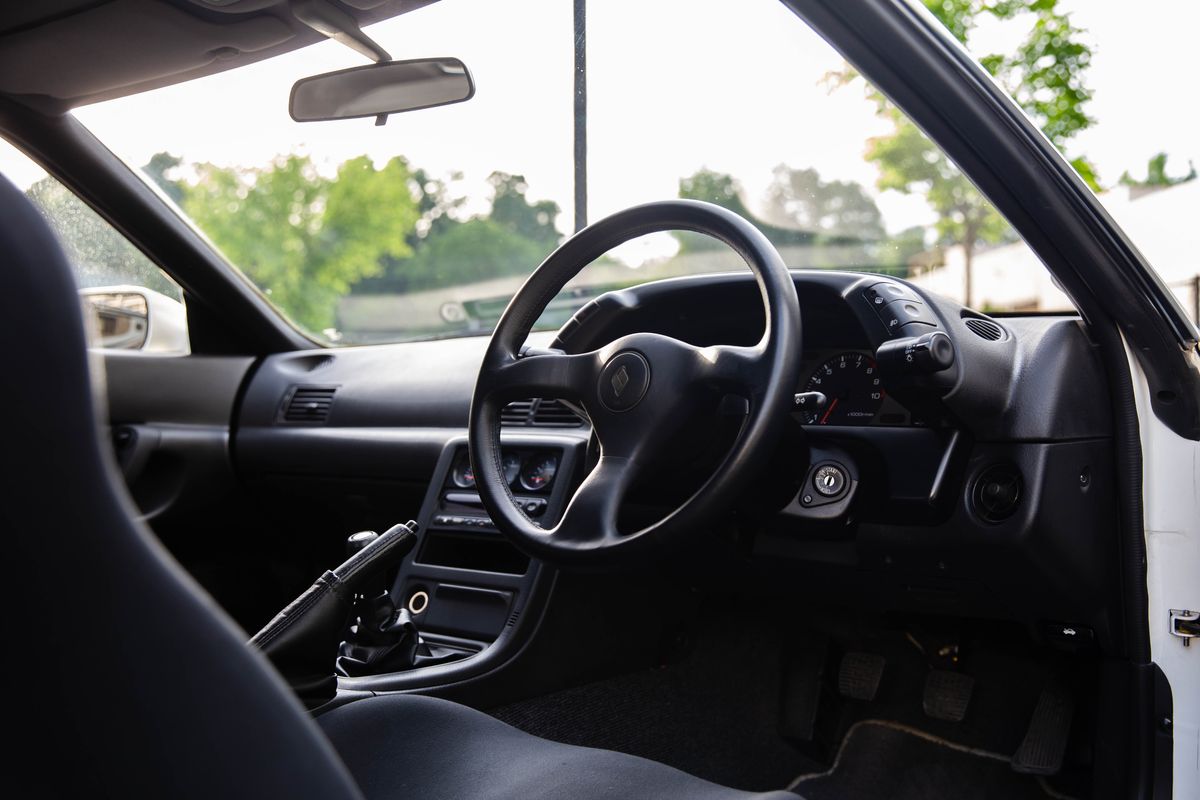 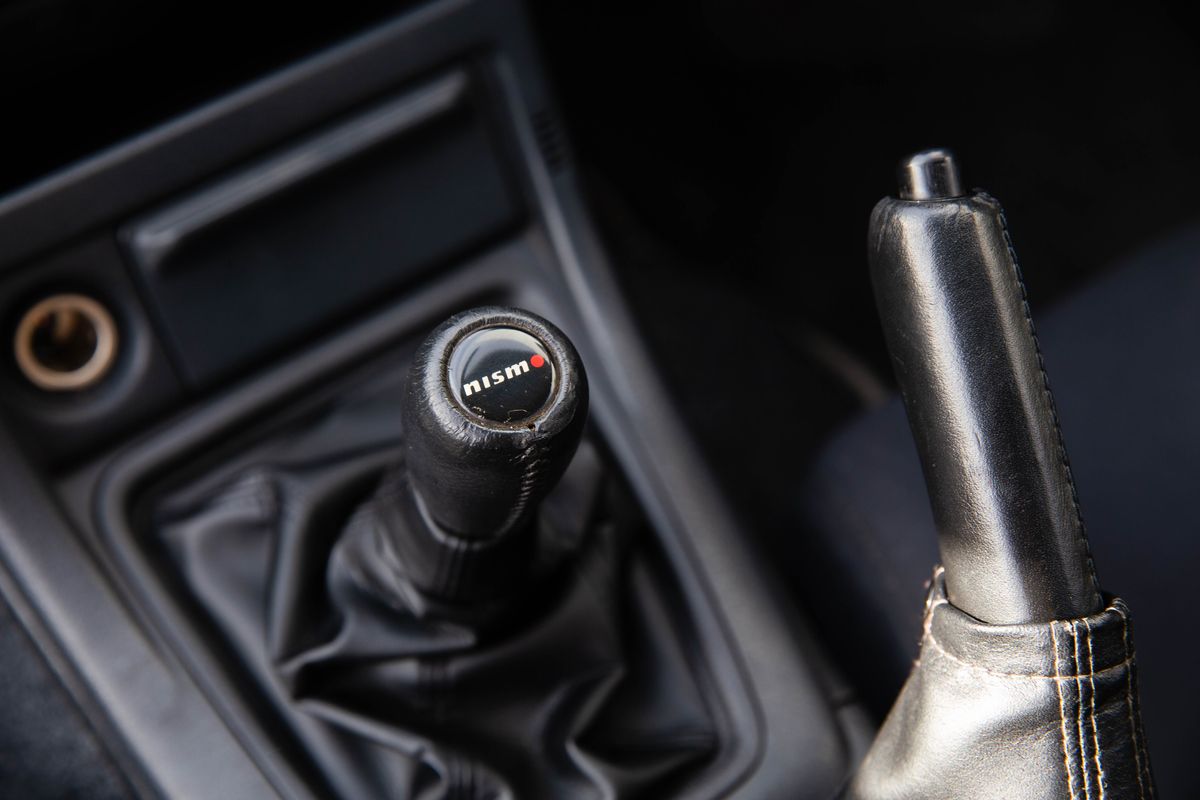 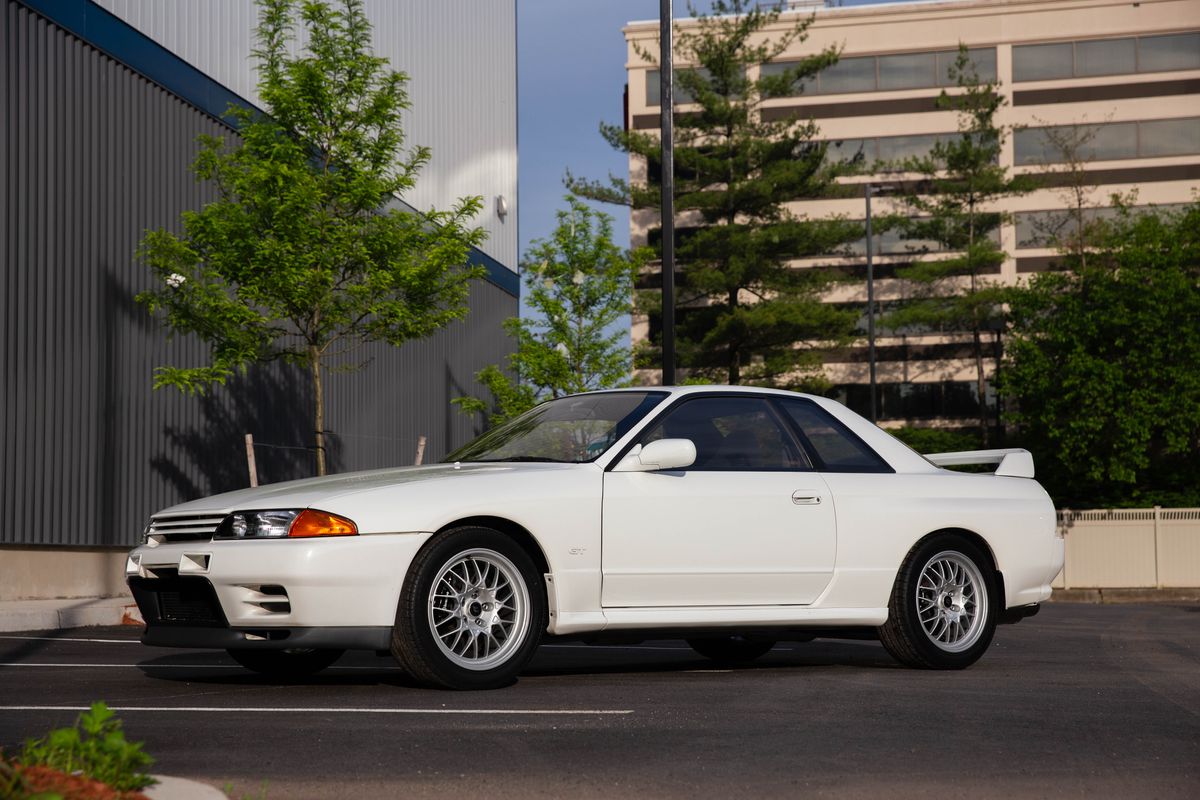 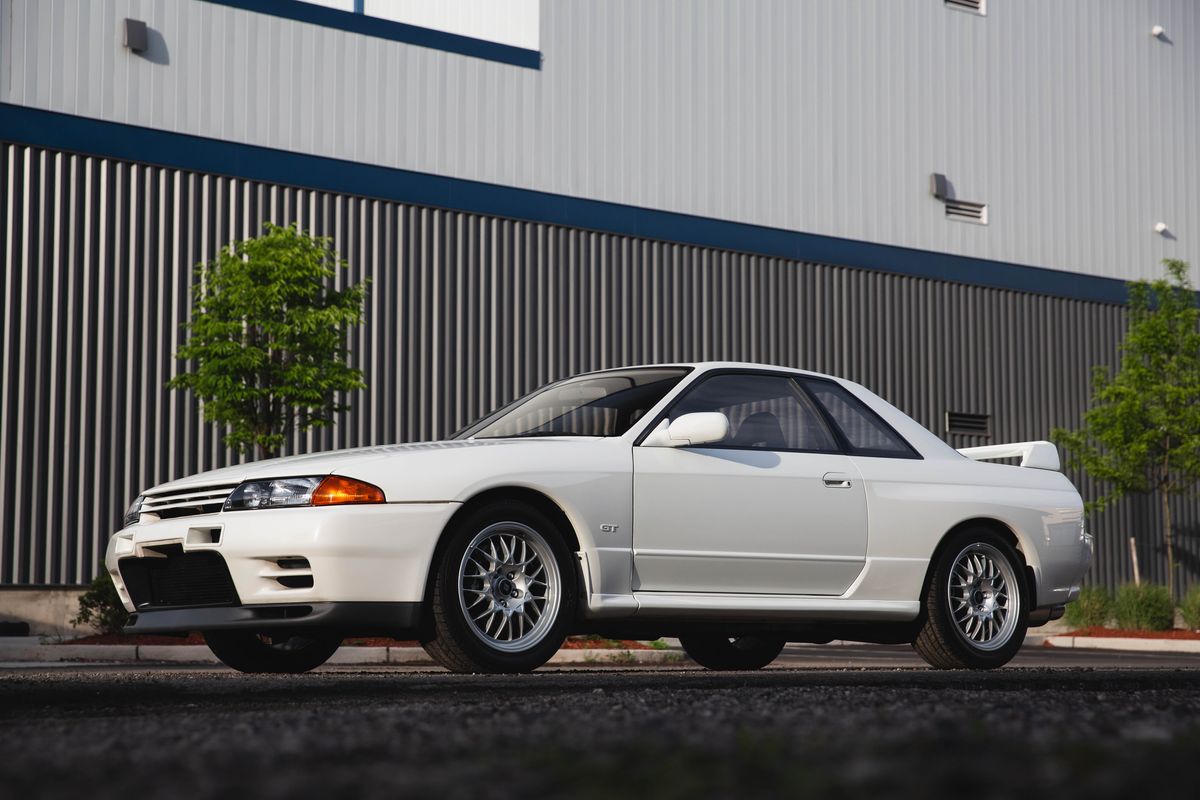 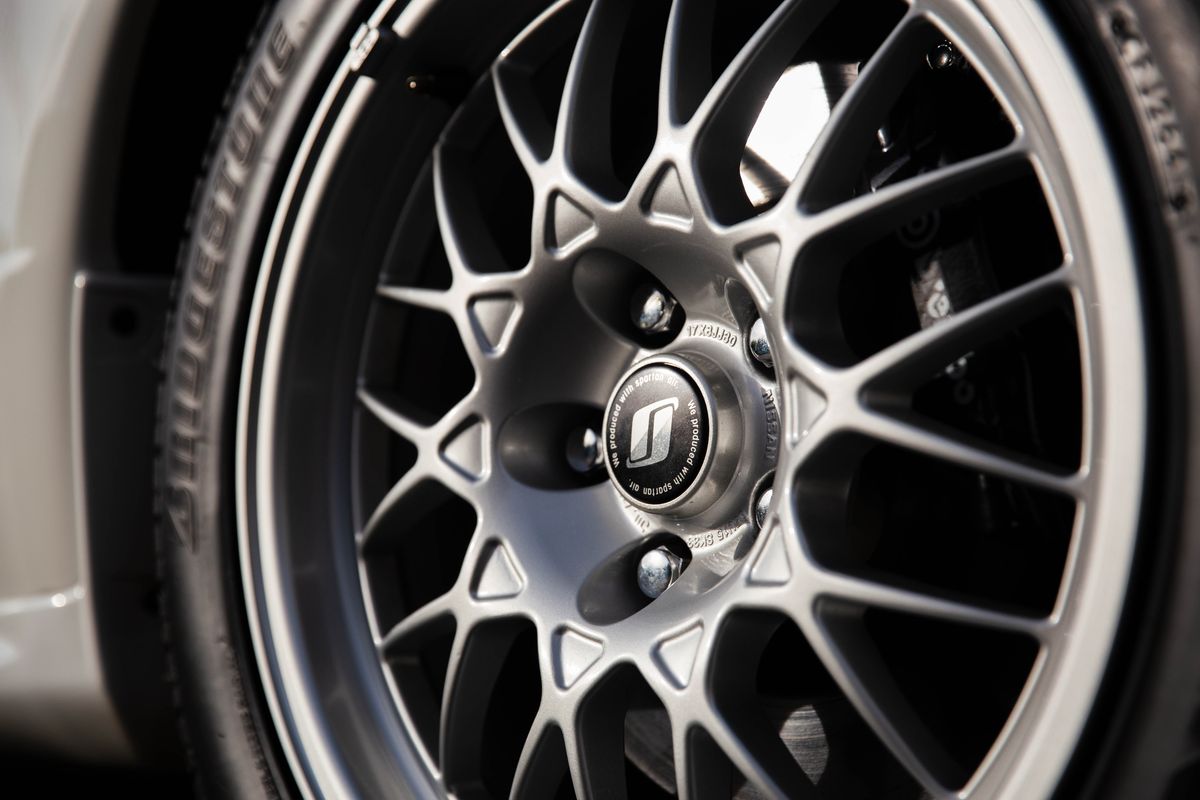