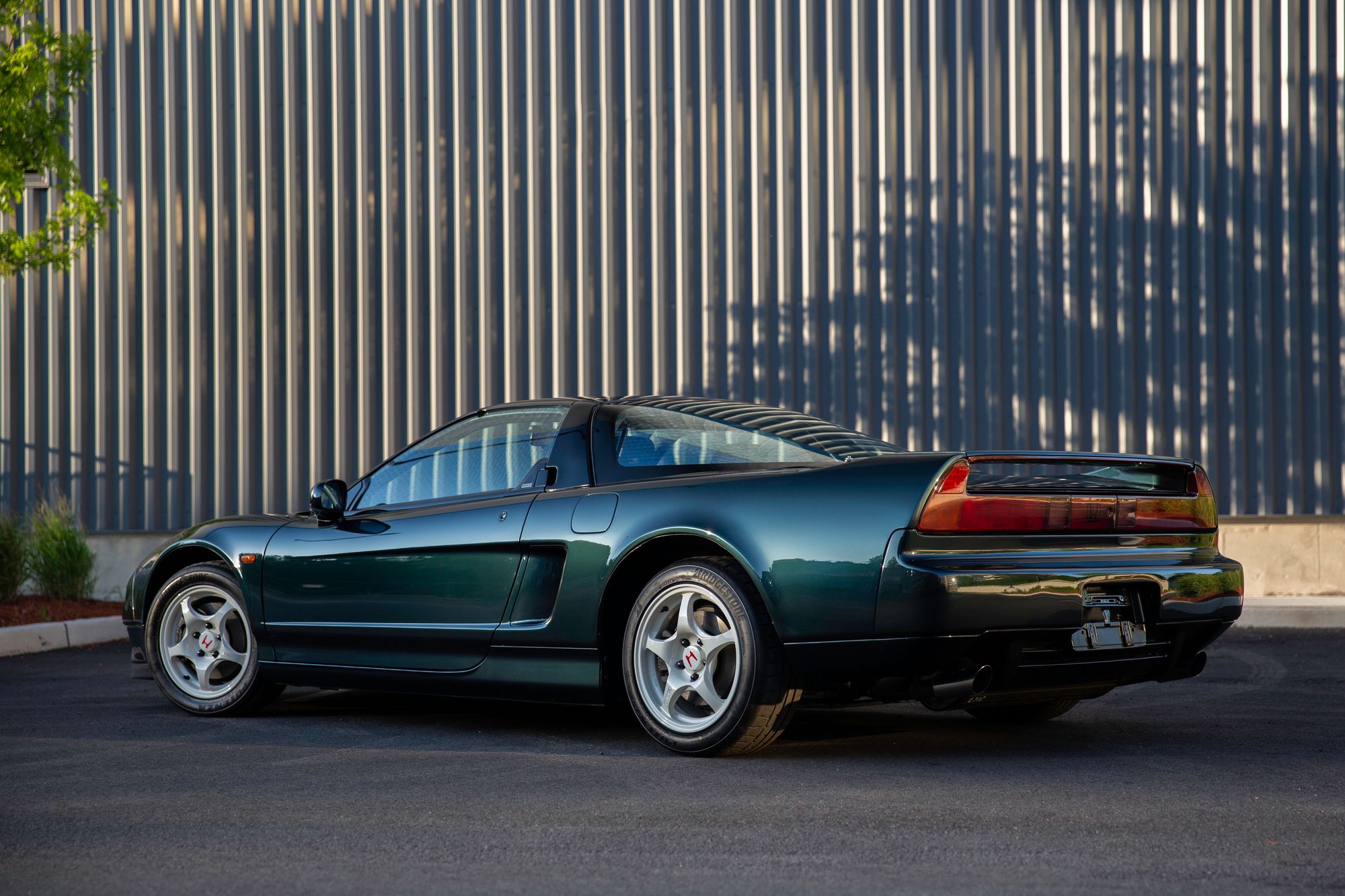 In the mid-eighties Honda engineers were experimenting with various engine and chassis layouts in an effort to explore viability for future products. One such experiment saw the Honda engineers take a Honda City, cut it in half, and install the engine behind the driver's seat. Much to the delight of the engineers, after an extensive number of thrilling laps around the parking lot, this unsuspecting test mule led to inspiring the Honda board to decide that they would create a pure sports car, and thus the beginning of the NSX was born.

Honda would consort with automotive design legends Pininfarina to create a concept car called the Honda Pininfarina Experimental, referred to as HP-X, showcasing Honda’s foray into the mid-engine sports car world. Management at Honda provided lofty goals for the engineering team, simply requesting that this new sports car would need to be as fast as anything from their German and Italian competitors, while offering Honda reliability and a highly competitive price. With this direction, work began on evolving the HP-X concept car into a working prototype that would be referred to as NS-X, standing for “New Sportscar Experimental”, with an intention to showcase numerous automotive technologies that Honda derived from its wealth of knowledge in the Formula 1 world.

The backbone of success for the NSX would lie in its all-aluminum semi-monocoque, a first for a production car, incorporating a revolutionary extruded aluminum alloy frame and suspension components saving a significant 441lbs over traditional steel construction. Nestled in the middle of the car, just behind the driver and passenger seats, would be the heart of the NSX - Honda’s brand new C30A engine, a 3.0 liter V6 debuting their brand-new proprietary VTEC variable valve timing system. The chassis and powertrain isn’t where the motorsport connection stopped.

Honda further leaned on their robust motorsports division to aid in developing the NSX into a truly capable track weapon, leveraging the successful hands of 3x Formula 1 World Drivers Champion Ayrton Senna and highly respected Formula 1 driver Satoru Nakajima, with both working tirelessly to fine tune chassis stiffness and suspension characteristics through seemingly endless test sessions at the Suzuka Circuit and the Nurburgring. The end product of this painstakingly thorough test and tuning regime was a chassis stiffness increase of over 50%, while retaining a near minimal impact to overall weight and the cars handling capabilities.

Released to the public in 1991, the NSX was an immediate sensation with enthusiasts and journalists alike. Car & Driver, after extensive testing, noted “the low, forward, cockpit is exhilarating… like riding in the head of an arrow” and of the car’s responsiveness stated, “it's so precise in its responses, as if it were hard-wired into my cerebellum." Despite the NSX being well received, Honda engineers had to make compromises to meet a healthy balance between daily driveability and raw performance. It was decided that for those customers seeking a truly no-bars-hold racing experience, Honda unleashed to the world in late 1992 the revered NSX Type-R.

Honda engineers began the NSX Type-R development by putting the already svelte NSX on an extremely aggressive diet to aid in weight savings. Sound deadening, the audio system, spare tire, air conditioning system and traction control, along with some of the electrical equipment, were completely removed, while the heavy leather electric seats were replaced with fixed back carbon-kevlar racing seats from Recaro designed specifically for Honda. To reduce unsprung weight, Honda chose to replace the standard forged alloy wheels with lightweight forged aluminum wheels from Enkei. This extreme approach to weight savings saw the NSX Type-R weighing in at an astonishing 265lbs lighter than its standard NSX sibling, for a total weight of 2,710lbs.

Changes didn’t merely stop with weight, however. Honda’s suspension engineers focused on fine tuning the suspension setup to prevent sudden oversteer during high speed cornering, which was extremely rare during normal driving conditions but was more prevalent on track. To remedy this, engineers added one aluminum bracket under the front battery tray, and added one bracket in front of the front radiator to increase chassis rigidity. The entire suspension system was discarded and replaced with a more track oriented unit, featuring a stiffer front sway bar, suspension bushings, coil springs and dampers. Additional changes to the car would see the final drive ratio revised to aid in quicker gear changes, and installation of a higher locking limited slip differential. Meanwhile, the C30A engine would receive additional motorsport love with a blueprinted and balanced crankshaft assembly, utilizing techniques carried over from Honda’s racing car engine build process.

The reengineering of the NSX into the NSX Type-R resulted in a highly capable track oriented weapon that would be able to keep up with the best of the best from traditional super car marques of the day - all while being financially accessible, and carrying Honda’s legendary reliability characteristics, making for an incredibly alluring package. From 1992 through 1995, Honda would only produce 483 NSX Type-R variants, all of which were sold exclusively to the Japanese domestic market, making the NSX Type-R one of the most sought after and desirable Honda’s to date. 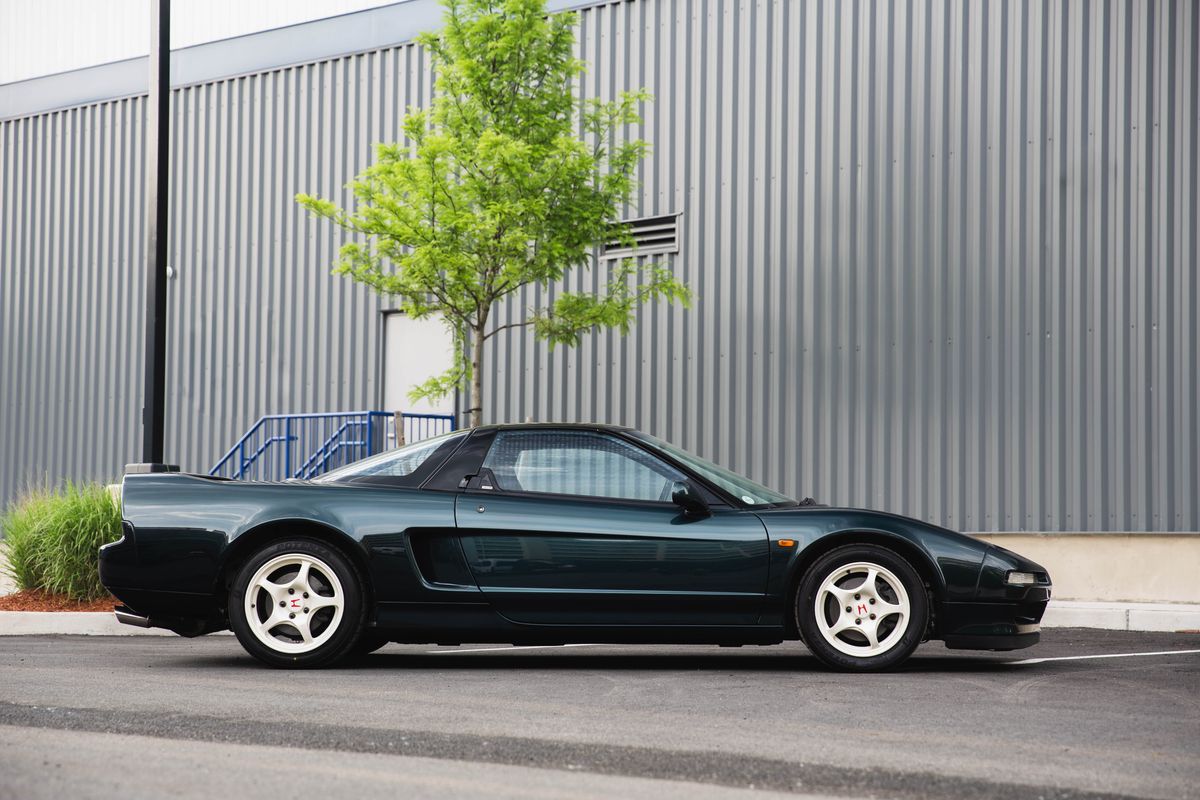 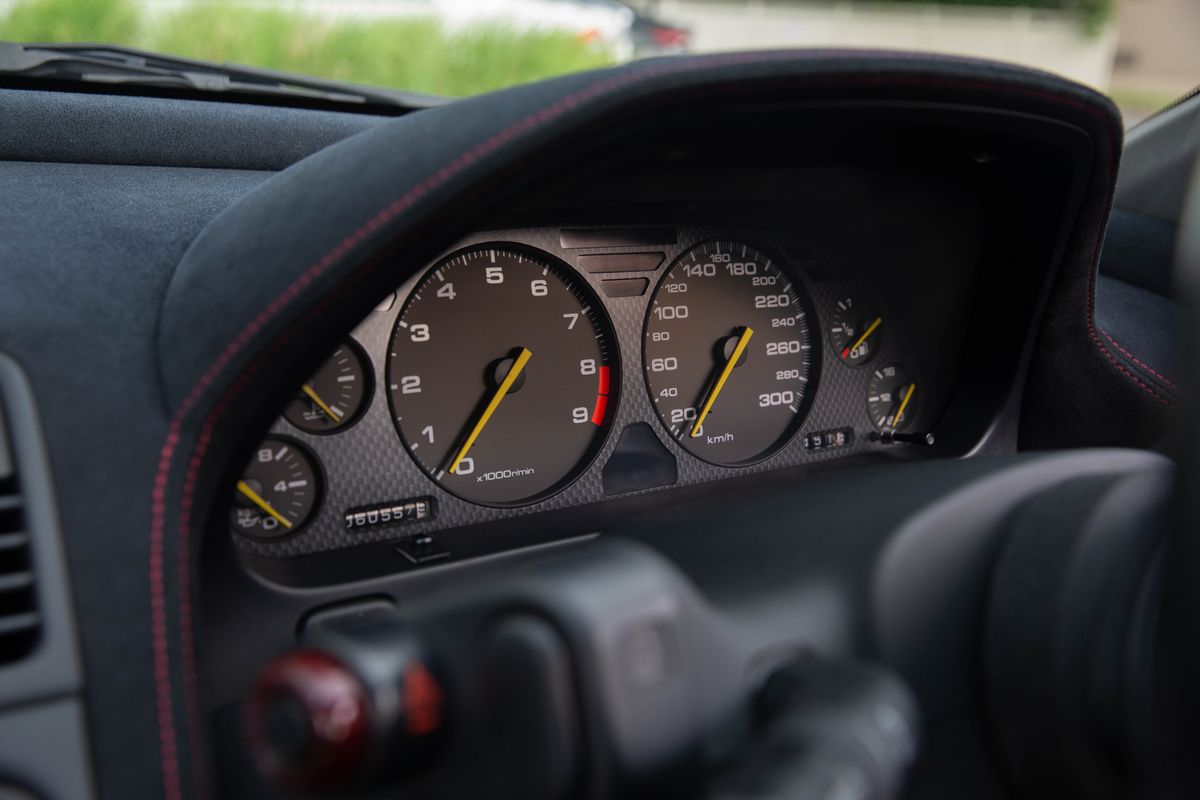 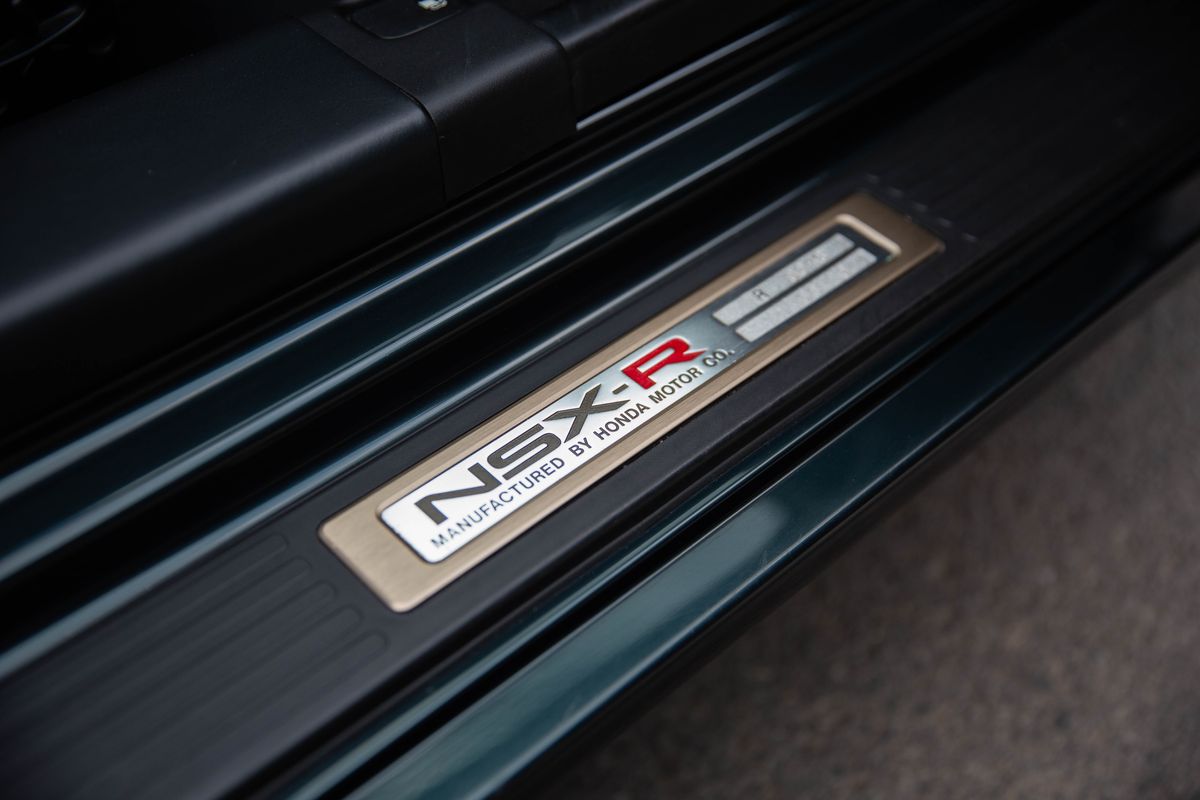 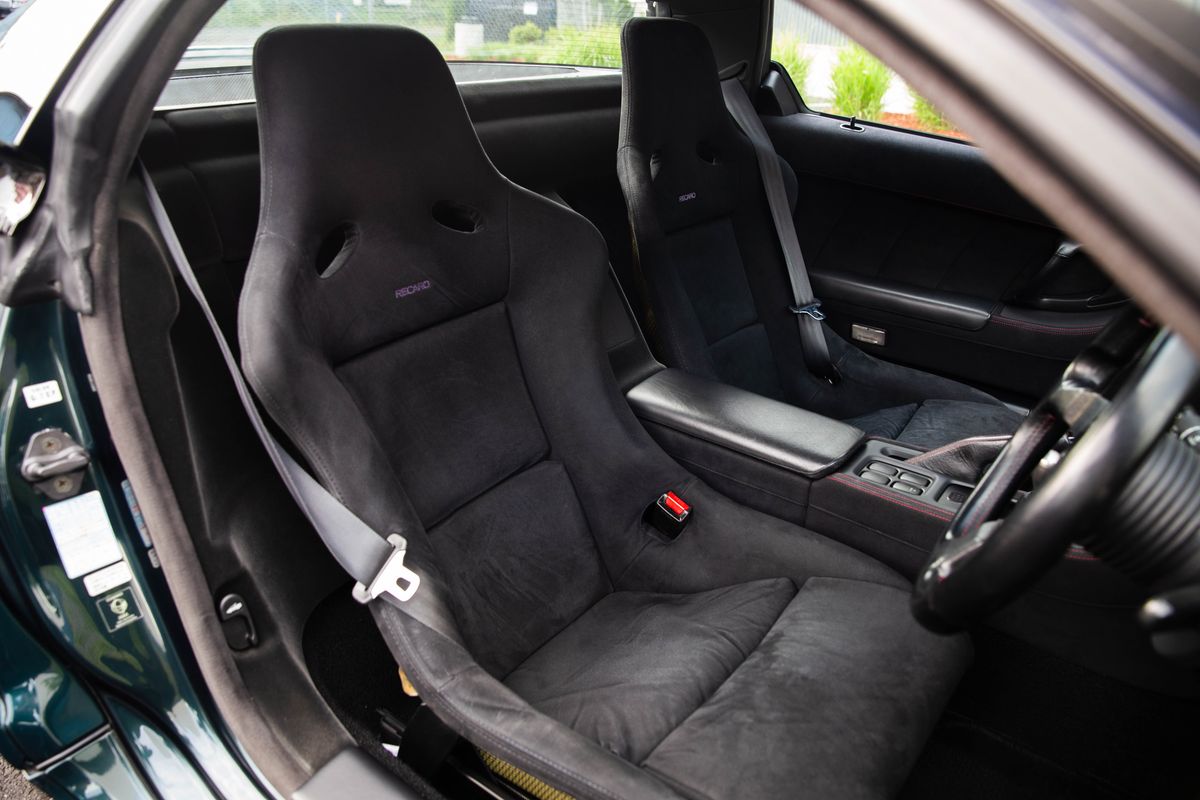 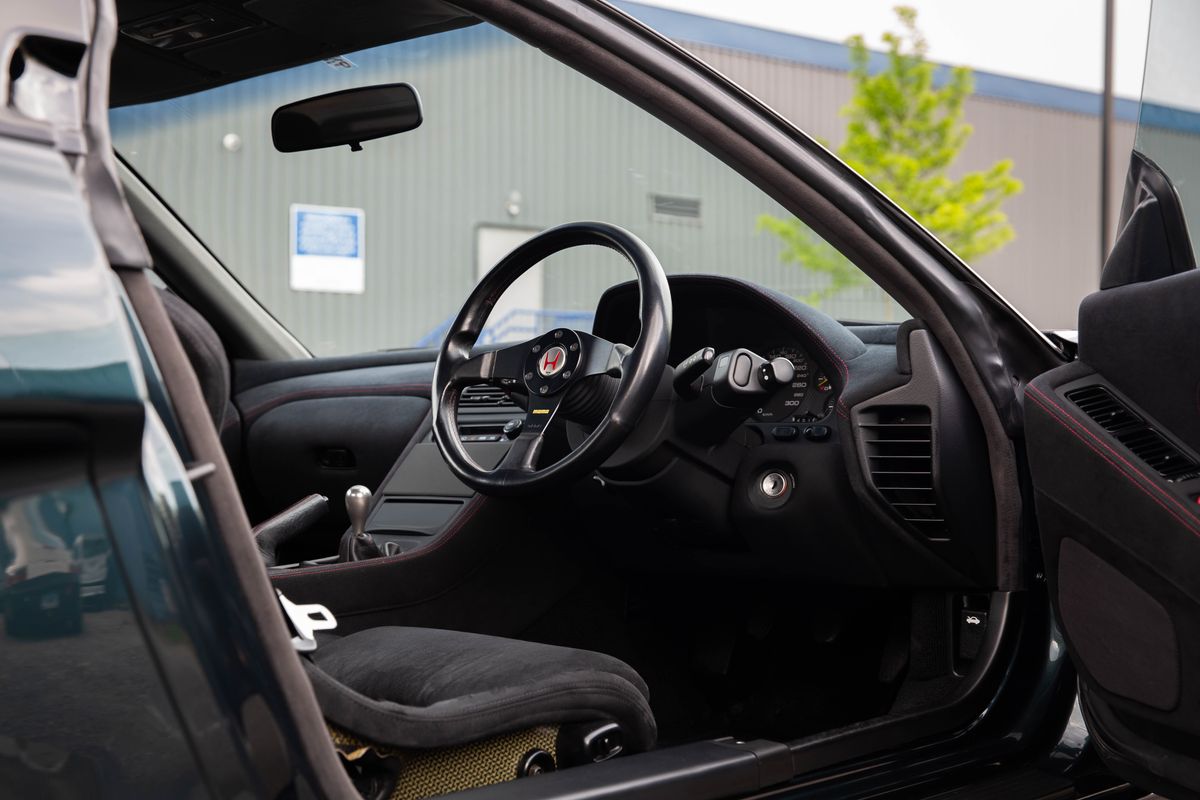 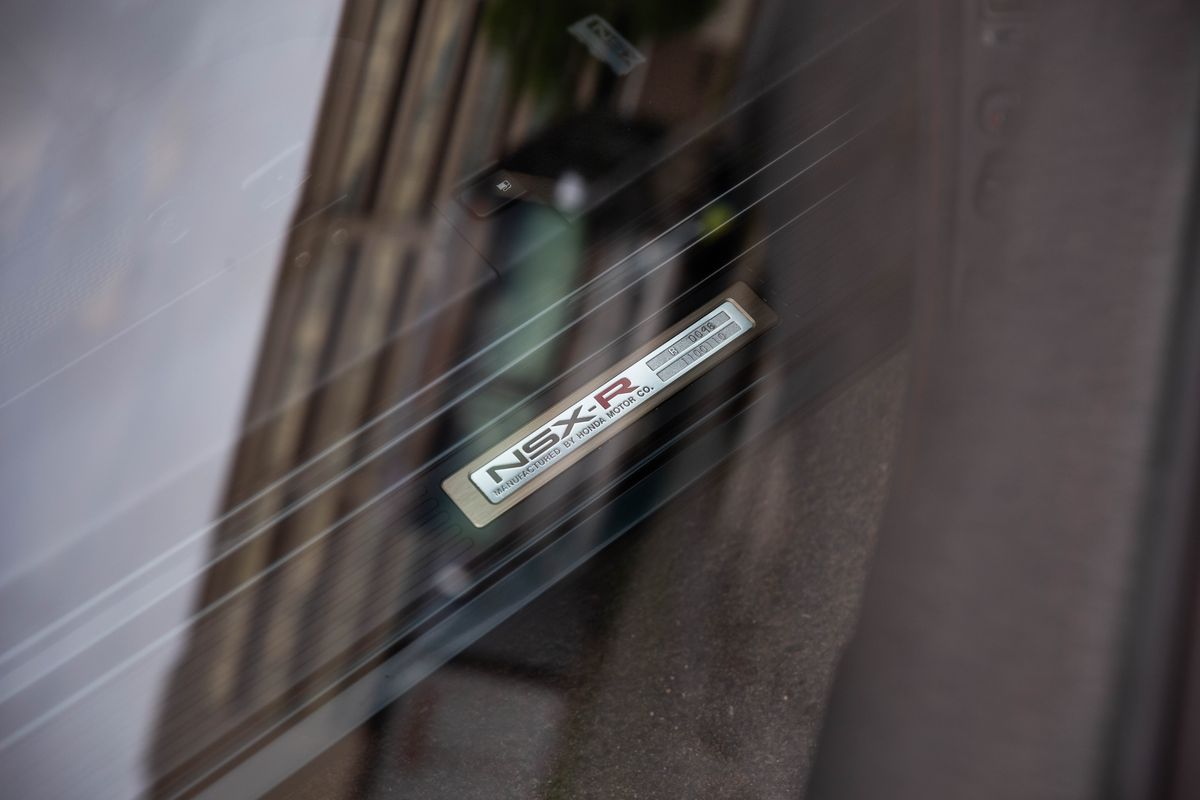 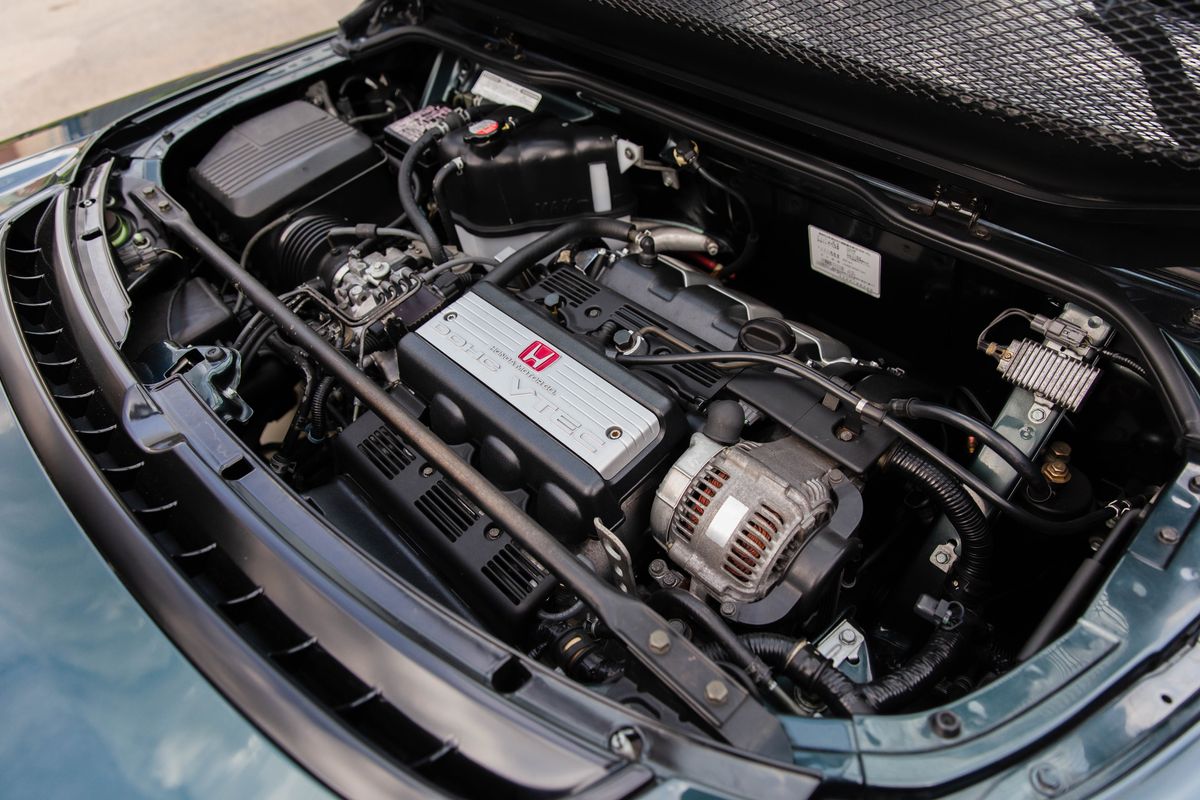 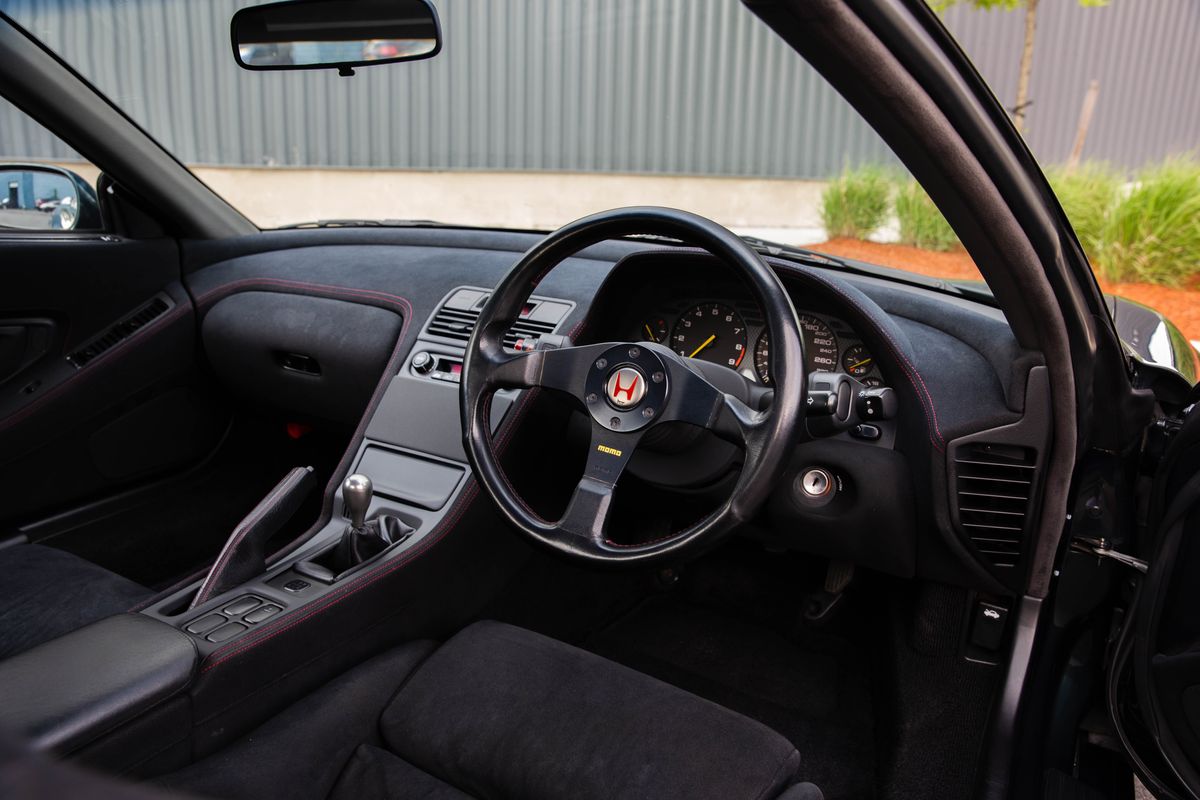 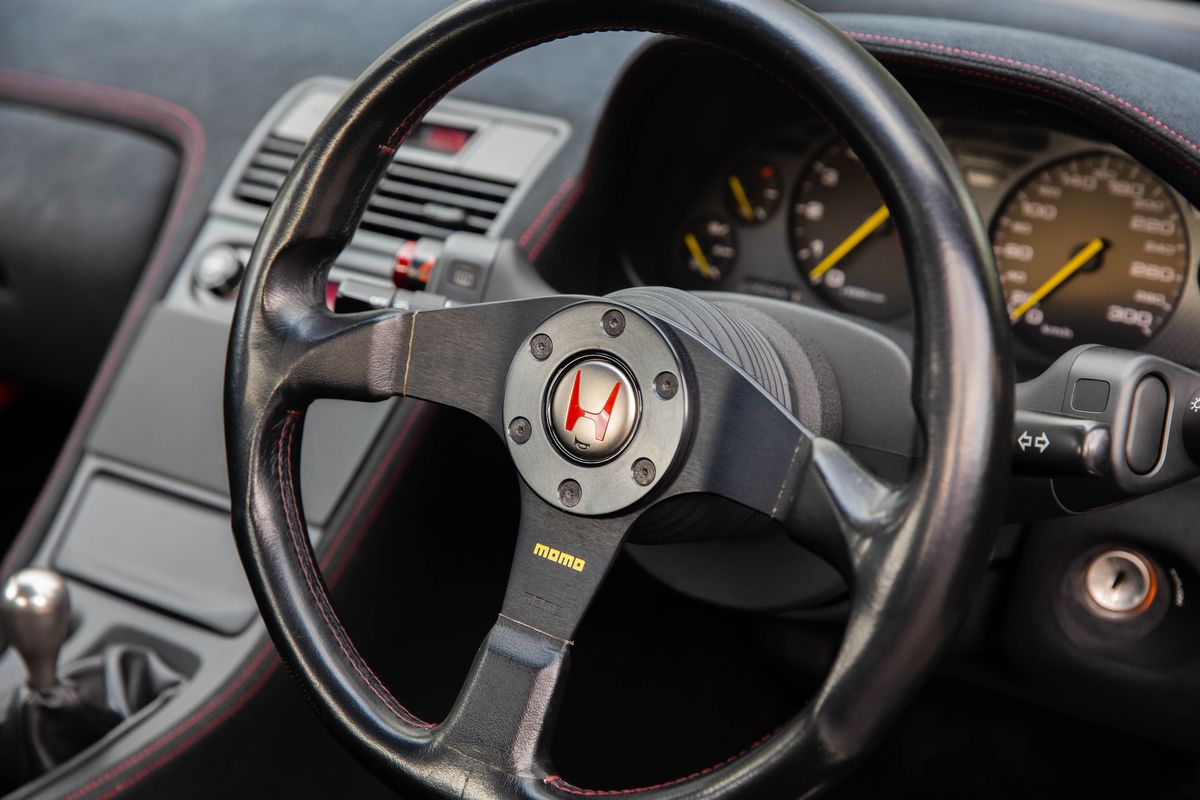 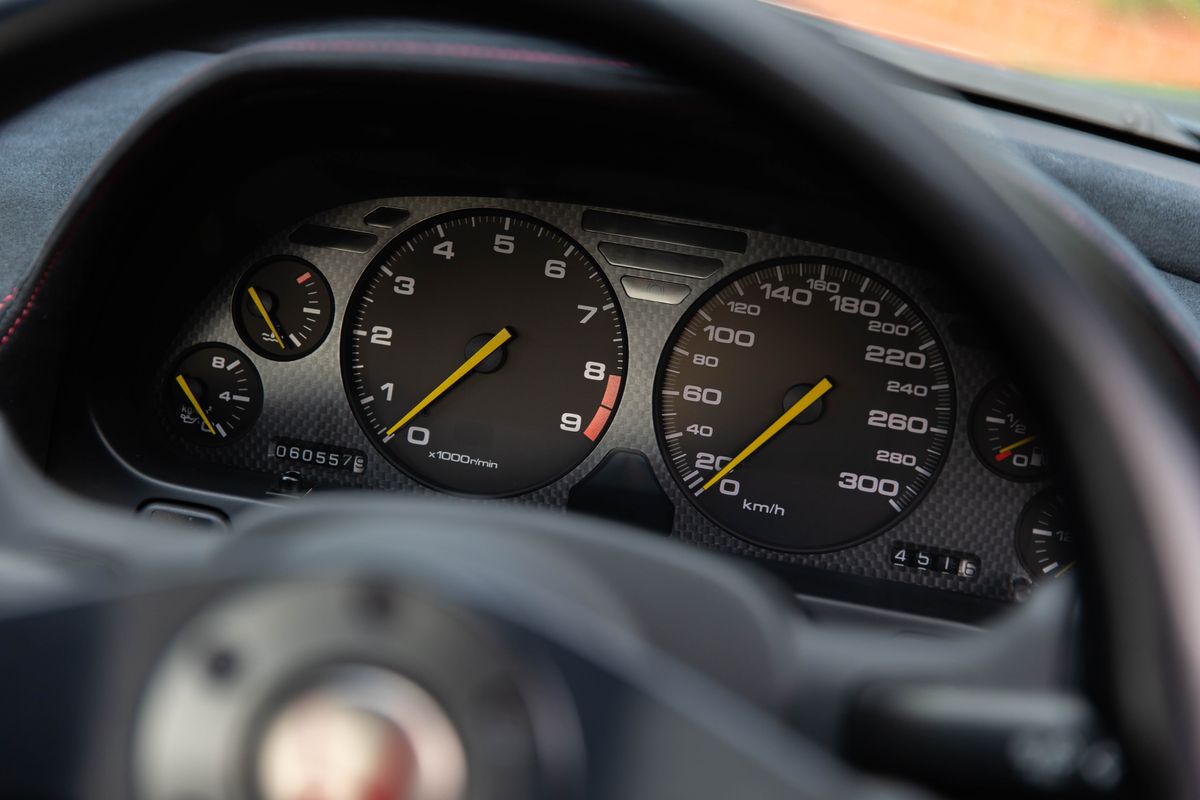 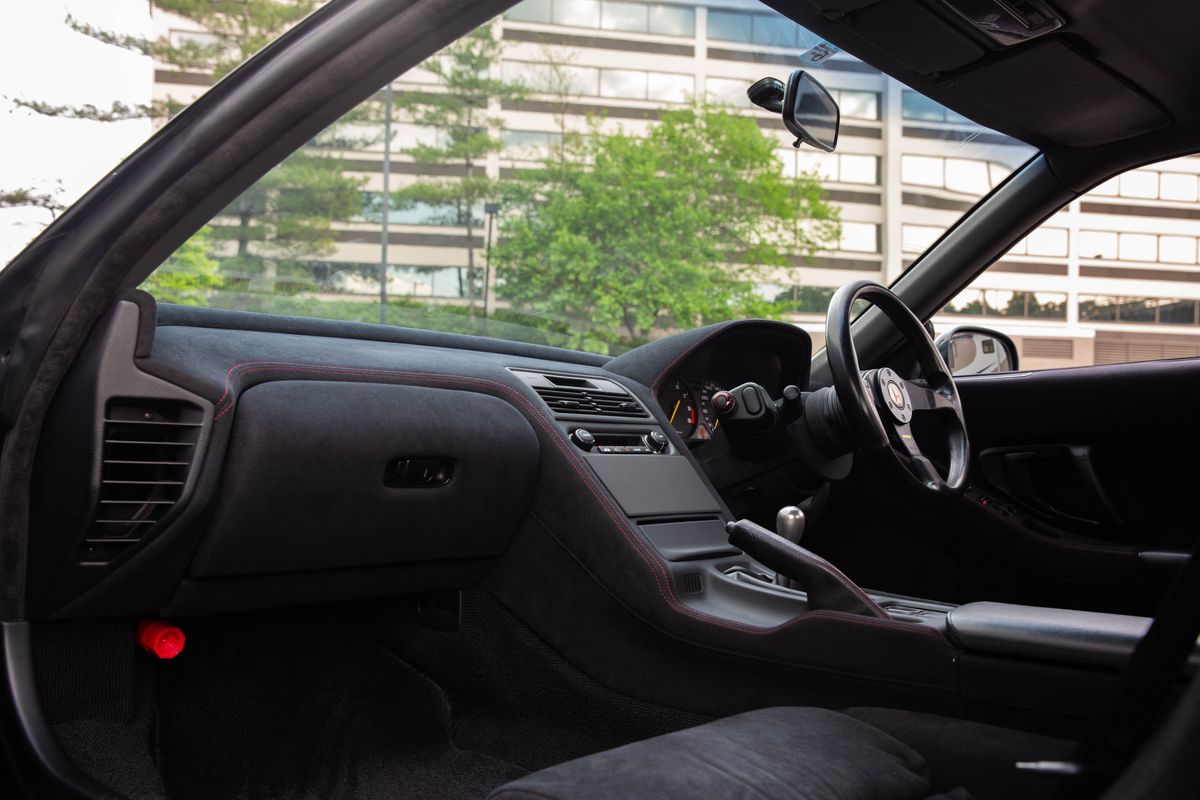